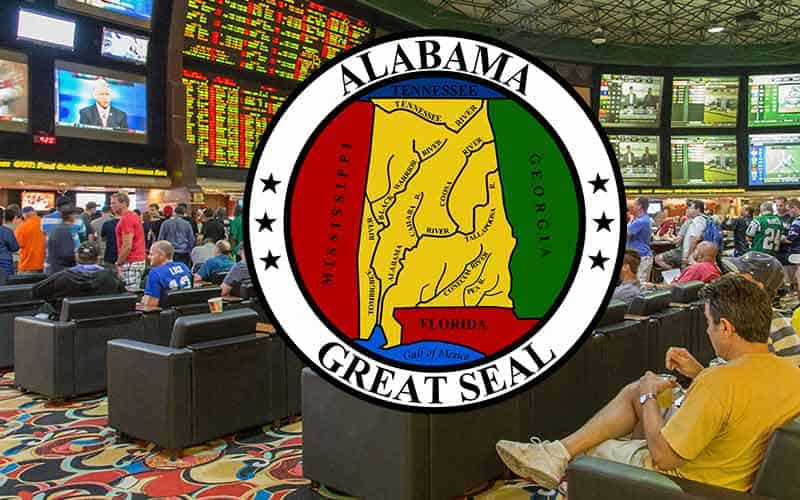 Although Alabama has previously held a stance in direct opposition to gambling of any kind, there are now bills gaining traction in the state legislature that have the potential to blow the doors wide open for AL sports betting and casino gaming.

The motivator for AL to get these bills in motion is the fact that they are soon going to find themselves surrounded by other US States that offer legal sports betting.

Tennessee has recently legalized domestic sports betting via mobile applications, and Mississippi has long been an in-person casino and sportsbook destination.

The Cotton State now finds itself in a scenario where they can either legalize sports betting now or watch the profits rise in surrounding states –  with some of that revenue sourced from the pockets of Alabama citizens.

AL bettors will soon be lured to surrounding states and will spend their bankroll in those territories wagering on their favorite teams. All of these factors are in addition to the currently available offshore sportsbook sites that offer their services to bettors in Alabama.

AL SB310 is a bill that outlines several factors of gaming in Alabama. The bill intends to institute:

The 6 Tribal Casinos proposed for construction in Alabama will be located in the following counties:

The Poarch Band of Creek Indians will take the lead on the creation and operation of domestic gambling and sports betting venues, and the licensing fees will be considerable. Patrons of sports betting in Birmingham could be treated to a sports betting mecca at their local Race Course in the near future.

There is no plan on the table for sportsbooks in Montgomery, but there are pricey expansion clauses included. Casino licensing fees will be set up as ten-year contracts, and range from $500,000 to $5 million annually, depending on the county.

If the language remains intact, betting will be allowed on college and professional sports, eSports, auto racing, virtual sports, and video game sims.

If these AL gaming bills do pass, there will still need to be a constitutional amendment placed on the ballot that would allow voters to decide.

The Senate Tourism Committee has approved of AL SB310 and has also favorably reviewed SB311, a lottery-only bill that might have an easier time of passing than the robust gambling legislation.

Naturally, considering the state’s historic opposition to gaming of all kinds, many lawmakers intend to challenge and vote against the measure.

There is hope, however, as several Senators and Representatives stating that their constituents have a favorable stance on in-state casino gambling and sports betting.

The Alabama State Legislature is on a break next week, and then convenes on March 30th, so there’s not much time left on the calendar for these bills to be considered further. As the old adage goes, where there’s a will, there’s a way, and politicians are attempting to blaze a trail for sports betting and casino gambling at the state capitol right now.