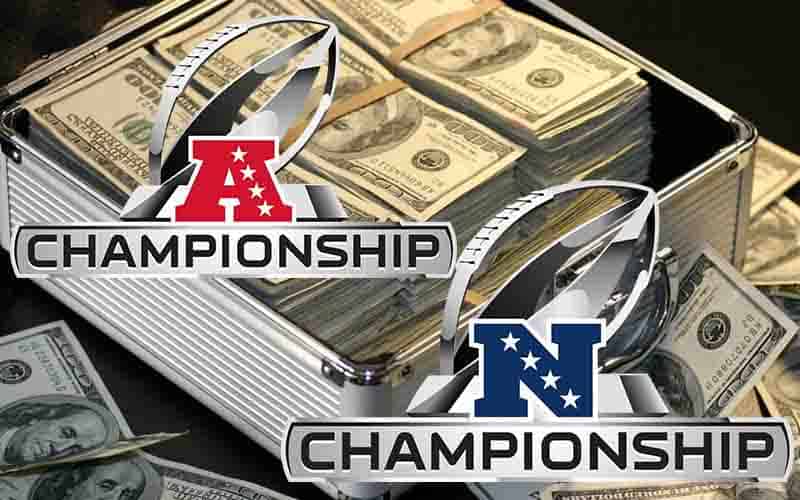 KC narrowly covered against the visiting Buffalo Bills, besting them by 3 points when the NFL point spread had been set at -2.5. The betting lines for Conference Championship Weekend have been posted and are once again favoring the home teams in all contests.

The Cincinnati Bengals defeated the Tennessee Titans who were the #1 seed in the AFC, which was a favor to the Chiefs because that allows KC home field advantage for the AFC Championship Game.

Kansas City is heavily favored by a touchdown, but before betting on the NFL Playoffs, keep in mind that the Bengals were able to beat the Chiefs in Cincinnati by a score of 34-31 in Week 17 of the regular season.

If you intend to bet on the Kansas City Chiefs and whether they’ll cover, don’t forget that they are 8-9 against the spread this season.

The San Franciso 49ers have several streaks in play that would normally cause analysts to believe that they would be favored to beat the LA Rams on Sunday when they matchup for the third time this year.

Here’s the momentum that the 49ers are carrying into Sunday’s NFC Championship Game:

Now add to the equation the fact that 49ers’ fans have been infiltrating opposing stadiums and mining online ticket reselling vendors to the dismay of hometown supporters.

The problem is, the Rams recently relocated to LA so there’s not much passion for the team regionally even though they’ve produced a highly successful product on the field since arriving in California.

However, CBS Sports is reporting that there are new policies in place to prevent 49ers fans from overcrowding SoFi Stadium, so it will be interesting to see if there are similar numbers in the stands to their last meeting on the final week of the regular season.

This week also marks the last few days in which bets can be placed on futures odds for Super Bowl 56 betting because once the final teams are winnowed from 4 to 2, the online moneylines for outright winners will be contained within the game lines.

Here are the latest Super Bowl 56 futures, and wagers made on either underdog will earn gamblers much more than the amount risked – act fast!