Who Will Win Super Bowl 57? Odds Project Matchup Of Rams vs. Bills Or Chiefs 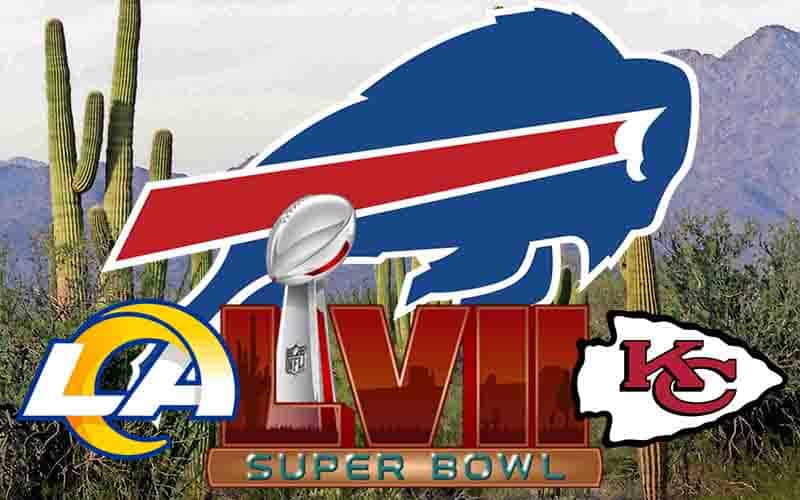 New NFL futures odds are now available for betting on Super Bowl 57 that project the likelihood of all 32 franchises hoisting a Lombardi Trophy in February of 2023.

The debut Super Bowl 57 futures posted at online NFL betting sites feature all four teams from the 2021-22 Conference Championship Round of the Playoffs, and also include the Buffalo Bills at the top of the odds.

If you intend to bet on the Kansas City Chiefs to win it all in 2023 then you might want to place your wagers at BetOnline or Bovada as they are offering an additional $0.50 in payouts on the dollar over other books.

While the Los Angeles Rams hold a firm lead in the preseason NFL betting odds in the National Football Conference, the Buffalo Bills and the Chiefs appear to be in a dead heat for who will finish as the AFC Champions.

One aspect of betting on Super Bowl futures so far in advance is to be mindful of the fact that cash winnings will not be secured for nearly a calendar year.

While we’d never discourage laying action on a sure bet, the amount of time between placing the wager and collecting the payout might weigh into how much a gambler intends to risk.

Something else to think about when placing an NFL futures bet is whether you’re using sportsbook bonus cash to make the wager. The reason this is important is that sportsbook promo codes deliver bonus dollars that require playthrough before winnings can be collected.

Translation: Your Super Bowl bet could end up getting canceled because you used bonus cash that featured terms that expired prior to the occurrence of the big game.

While we’re only focusing on the top NFL franchises in the 2023 Super Bowl futures odds, there are some underdog contenders of note that should be considered.