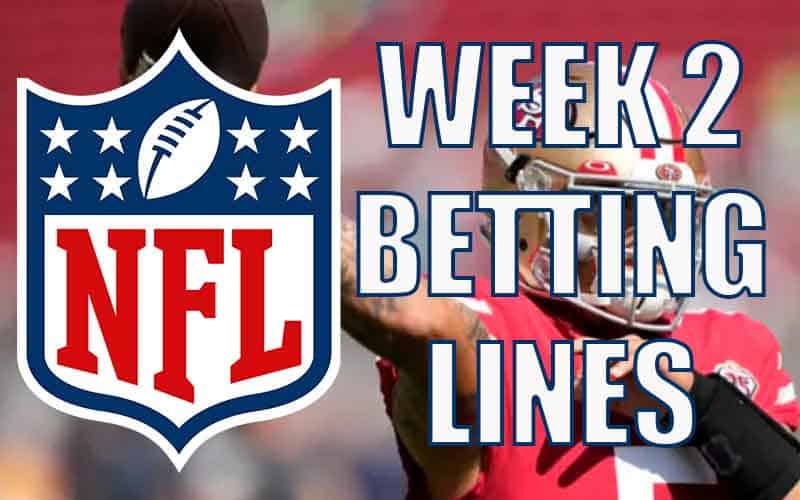 The 1:00 PM slate of NFL games this Sunday afternoon offers several intriguing contests that will serve to paint a clearer picture of what each team is made of.

On the Friday before the onset of Week 2 in the NFL, opinions are high on the Miami Dolphins and the Baltimore Ravens. Miami has a new head coach and is sporting a reloaded roster with many new faces.

The Dolphins were able to cover against the New England Patriots last weekend by a final score of 20-7, but oddsmakers are not as confident in their chances against Baltimore after the return of quarterback Lamar Jackson.

Historically, Baltimore has owned Miami, often trouncing them by several touchdowns, whether home or away. Last year was an outlier, however, as the 3-6 Dolphins managed to defeat the 6-2 Ravens by a score of 22-10.

Still, we’re leaning toward betting on the Ravens to cover this weekend as Miami will likely experience some growing pains against Baltimore’s stout defense.

As mentioned earlier, the Patriots fell to the new-look Miami Dolphins last Sunday, and now they’ll look to even their record out at 1-1 after visiting the Pittsburgh Steelers in Heinz Field this weekend.

There are likely to be several lines for betting on the Pittsburgh Steelers in 2022-23 that draw interest because they are a franchise in flux after the departure of Ben Roethlisberger but still have enough core depth present across both sides of the ball to keep them in games.

That was evident last weekend when the Steelers beat the Bengals in a thrilling overtime AFC North battle. The Patriots’ offense looked inept against the Dolphins last weekend but should provide more of a spark after an additional week of practice.

We’re leaning toward betting on the New England Patriots to cover against the Steelers, but we’re holding out to see if the line changes leading up to Sunday at 1:00 PM.

The early lead in the NFC South Division will be secured by the winner of the Saints and Buccaneers, but the spread seems a little too narrow.

Consider this – Tampa Bay is coming off of a Sunday Night Football beatdown of the Dallas Cowboys. The final score was 19-3, and one of two things happened. Either the Dallas offense is completely out of sync, or the Bucs’ defense is already in championship form.

Now consider that the Saints were barely able to outlast the lowly Atlanta Falcons in Week 1. We’re leaning toward betting on the Tampa Bay Buccaneers to cover against the Saints.

Underdog NFL Pick Of The Week

Seattle was able to overcome the Denver Broncos on Monday Night Football earlier this week, and now they’re up against their heated NFC West Division rival, where win-loss records can be disregarded.

The 49ers are in a similar position to Denver in that they are trying to establish an offensive identity under a new QB. While SF works through these early struggles, they’re susceptible to losses, as was evident in Week 1 vs. the Chicago Bears. We’re not convinced the 49ers are operating at full-tilt just yet, so consider laying some action on the underdog Seahawks and their moneyline of +320 at Bovada.