Bet On These Wacky New Entertainment Odds At Bovada 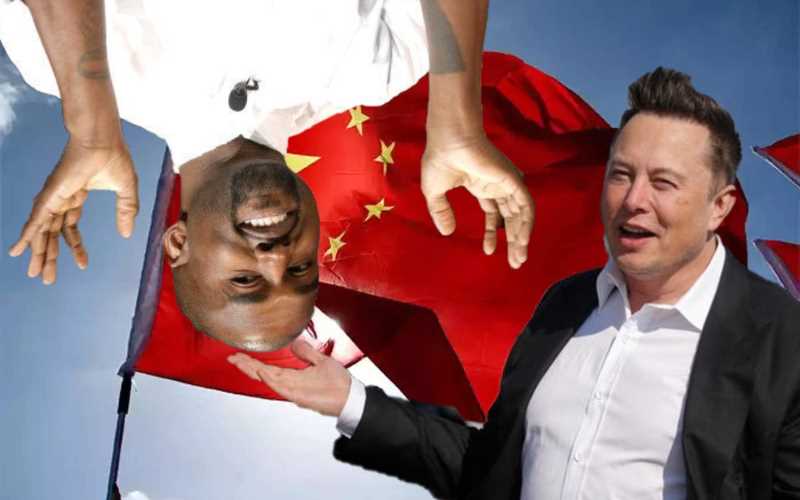 How ‘bout them Dawgs?

If you were unlucky enough to listen to every pundit in the world and bet on Alabama to win the CFP National Championship, your gambling balance might be a little light for a while.

You can, of course, remedy that by making a quick deposit using any legitimate online betting banking option, but we understand if you’re a bit…uninspired.

And while the NFL Playoffs and the 2021-2022 Super Bowl will surely pique your interest all the way back up, we’re going to take a moment to point out some of the more lighthearted, weird things you can bet on right now.

Laughter, as they say, is the best medicine.

At any rate, these bizarre current events odds and entertainment betting lines come from Bovada Sportsbook:

Will Kanye West and Julia Fox announce their engagement in 2022?

Who is Julia Fox?

Will Julia Fox announce she’s pregnant with Kanye’s baby in 2022?

Who cares? We’re more interested in the baby’s name. Some variation of “Key” seems called for.

Will Kanye West and Kim Kardashian announce they’re getting back together in 2022?

Will Elon Musk apologize to China in 2022?

Apparently, these particular Elon Musk odds stem from the fact that a pair of SpaceX’s Starlink satellites flew too close to China’s space station, once in July 2021 and on another occasion in October 2021.

This, claims China, endangered their astronauts, and they were none too pleased.

Of course, Musk basically already “apologized” by opening a Tesla showroom in China’s Xinjiang province and pledging to expand its Chinese investments.

He’s probably saving his apologies for when the ridiculous Tesla bubble finally bursts.

How many states will legalize the use of psilocybin for medical and/or recreational use by the end of 2022?

Zero, probably. “Magic mushrooms” aren’t being as heavily pushed by the medical and psychiatric communities as LSD and MDMA.

We’re still waiting on legal weed in our neck of the woods.

Most Expensive NFT Sold At Auction In 2022

What a bunch of monkey business!

Most Expensive NFT Created By Beeple Sold At Auction In 2022

Apparently, this Beeple guy is the ultimate NFT ape.

And just imagine what’ll happen to your Cardano if the tide rises that much!

Will Apple release an augmented reality (AR) or virtual reality (VR) headset in 2022?

Probably not, but maybe?

If it’s made to be an iPhone counterpart first and foremost, expect it to launch this year. If it’s supposed to support Apple iMacs, Apple MacBooks, or Apple TV devices, early 2023 is the better bet.

We’re thinking the latter, as is Bloomberg.

Take the over forever.

Opening Weekend At Domestic Box Office: Doctor Strange In The Multiverse Of Madness

Under. We still need to see the first one. And is Sherlock even popular anymore?

No idea. We can’t even believe Chris Pratt is still getting A-list work after coming out as a gun-toting conservative.

Take the under. This thing’s probably going to be streamed for free on HBO Max at the same time it’s released in theaters.

What Movie-to-Musical will have a New York Broadway opening first?

Will the next James Bond actor be female?

Presumably, any new actor to take the leading protagonist role in the next James Bond movie wouldn’t play Bond himself.

The lead may indeed be a female, but they’d be playing the role of “007” rather than Bond. In other words, Bond would retire, and a new agent would fill his Swiss Army shoes.

We don’t know what such a contingency would mean for this bet.

Will both starting NFL QBs for the conference championship winners be active for the Super Bowl?

Not even if they were literally dying from COVID.

Will either team’s head coach miss the Super Bowl?

Probably not. Again, the NFL has completely gutted its arbitrary COVID protocols to prevent exactly this kind of thing.

Will the Beijing 2022 Winter Olympic Games be cancelled?

Probably not. However, the country has gone completely insane with fear over the last year or so. Just ask the Djoker.

It’s weird to see “Brazil” and “Winter Olympics” in the same sentence. But no, of course they won’t be boycotting the Winter Games.

2022 Miscellaneous Odds For Things We Never Heard Of

Will the Eleven Madison Park menu be vegan for all of 2022?

Apparently, they currently have an all-vegan menu because – according to Humm, “The current food system is simply not sustainable, in so many ways.”

This is an interesting if scientifically illiterate hot take that will probably be trendy for a few months before Humm realizes catering to a bunch of penniless hippies is the leading cause of financial ruin in America.

Of course, the publicity stunt worked, because you can bet on this nonsense with a legitimate international sportsbook.

Will the Grand Egyptian Museum be opened to the public in 2022?

The so-called Giza Museum in Cairo, Egypt, has been under construction since 2012 and has cost upwards of a billion dollars so far.

The grand opening has been pushed back several times since 2018, first because of a fire and then twice more due to COVID.

We’re guessing that it won’t open this year, but we don’t know or care.