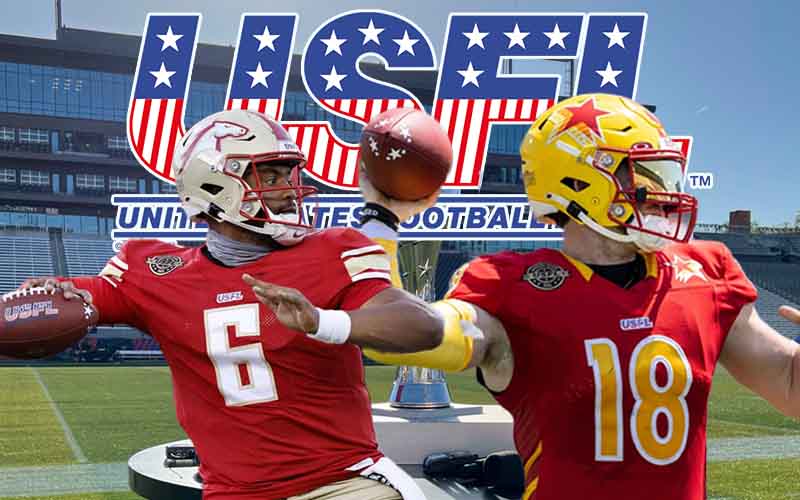 July 4th weekend represents an annual crossroads in professional sports. The NBA Finals and NHL Stanley Cup has wrapped up, leaving spectators with a heaping dollop of MLB action to carry them over until the NFL preseason begins each August.

Fans can now add the USFL to the mix of leagues that wrap up by July 4th, as the upstart pro football alliance has managed to reach the finish line of its first season.

The road hasn’t been easy for the USFL in 2022. The on-field product has been fine. What continues to plague the league is the lack of fans in the stands combined with artificial crowd noise played over the PA system.

Regardless of the USFL’s troubles, they’ve completed their first season and have made it to the championship game, something the XFL struggled to do back in 2020.

Mark your calendars, the USFL Playoff schedule is officially SET 🙌🏆🗓

Which matchup are you most excited to watch?

The playoffs, or the USFL semifinals, have wrapped up and now the championship game is set for this Sunday night at 7:30 PM on FOX. The first champion will be decided between the Philadelphia Stars out of the North and the Birmingham Stallions out of the South.

USFL betting sites are projecting an outcome where the Stallions win the championship, completing a season where every single game they played was at home. All 2022 USFL regular-season games were played inside of Birmingham, creating a scenario where only one of the league’s eight franchises was allowed to play in front of a home crowd.

The lone game that was not played in the Stallions’ home city was last week’s win over the New Orleans Breakers which was played in Hall of Fame Stadium in Canton, Ohio.

Birmingham’s only loss of the season came on June 11th to the Houston Gamblers by a score of 17 to 15. It was the same Gamblers that lost to the Stars in the USFL Playoffs, creating a somewhat less stellar matchup than was originally anticipated for this weekend.

The question that is looming over this USFL Championship Game is whether or not any fans were developed in territories outside of Birmingham, Alabama.

At least four USFL cities will not get to test those waters in 2023 as the league has announced its intentions to return next season, but only half of the stadiums will get the privilege of hosting a game.

Enthusiasts in the realm of XFL betting can rejoice as its return is still on the calendar for February of 2023. Using the 2020 XFL schedule as a guide, if they follow the same format, their championship game should be occurring right around the time that the 2023 USFL season will kick-off.

Assuming the XFL completes its return season under Dwayne “the Rock” Johnson’s leadership, it is very possible that it will be a tough act to follow for the USFL in 2023.

For more USFL odds and props, check out the sites that are included within our list of top online sportsbook reviews for a complete list of wagering options, including live odds that continue on through to the fourth quarter.