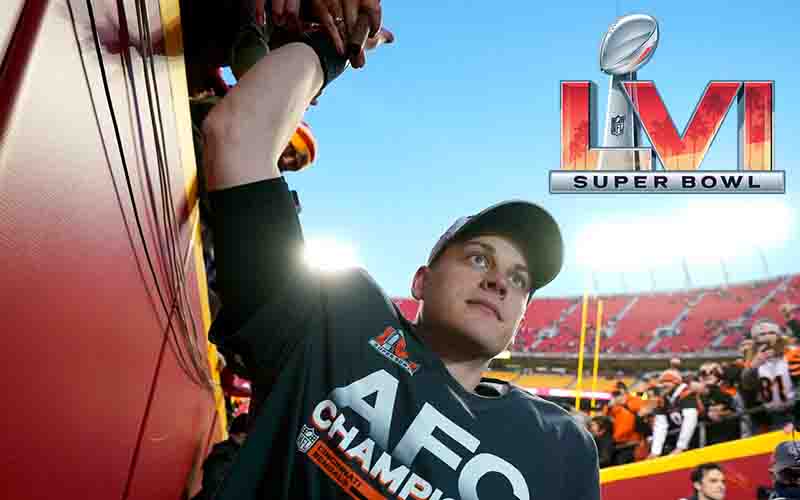 With just over 72 hours to go until kickoff on Super Bowl Sunday, betting lines for the big game have returned back to their initial margins after mild fluctuations of a half-point or so during the last week.

The Super Bowl 56 odds that debuted following the conclusion of the NFC Championship Game on January 30th featured the Los Angeles Rams as a 4 point favorite, and that is where the line rests today.

The movement of any lines for Super Bowl betting indicates that more wagers are coming in for one team than the other. NFL sportsbooks will then adjust spreads and moneylines for the big game until action begins coming in evenly for both franchises involved.

In the middle of last week, the Super Bowl LVI betting line moved a half-point in favor of the LA Rams, increasing from -4.0 to -4.5, but betting on the Cincinnati Bengals increased in volume, returning the SB 56 odds back to their initial probabilities.

The Bengals have won their last two postseason games as an underdog on the road against the Tennessee Titans and the Kansas City Chiefs, but do they have what it takes to win in LA’s house this weekend?

The Rams have the rare opportunity of hosting the Super Bowl at SoFi Stadium, only the second time that has happened in the history of the National Football League.

It can be suggested that the home-field advantage for the Rams is just overblown hype because there is no significant fanbase for LA in the southern California region despite its massive population.

Regardless, Los Angeles is 7-3 at Sofi this year and have won the last two in a row there against their NFC West rivals, the Arizona Cardinals and San Francisco 49ers.

The Cardinals and 49ers both beat the Rams in LA during the regular season, but Los Angeles was able to avenge each of those losses in SoFi during the NFL Playoffs.

The only other franchise to beat LA in SoFi is the Titans who were already bounced by the Bengals in the Divisional Round.

Before everyone rushes off to bet on the Los Angeles Rams to win Super Bowl LVI, consider the Bengals record on the road this year. Cincinnati is 7-3 in opposing team’s houses, with one of those occurring during Week 1 against the Chicago Bears before Cincy had gelled.

Perhaps “Joe Brrr,” Ja’Marr Chase, Joe Mixon, and company are immune to any variables that would impact other NFL players. They’re so unaccustomed to winning in Cincinnati that they’re in uncharted waters, merely chugging forth in hopes of continued success.

Their winning efforts can be tied directly to the dynamic duo of second-year quarterback Joe Burrow and rookie wide receiver Ja’Marr Chase. The two won a CFP National Championship together in 2019 with the LSU Tigers, and now they’re sixty minutes of solid football away from hoisting a Lombardi just two years later.

Because the lines are so tight, most of our staff is holding off on betting on Super Bowl 56 odds until closer to kickoff. That does not apply to Super Bowl prop bets as we’re already indulging now so that we’re not distracted on game day.