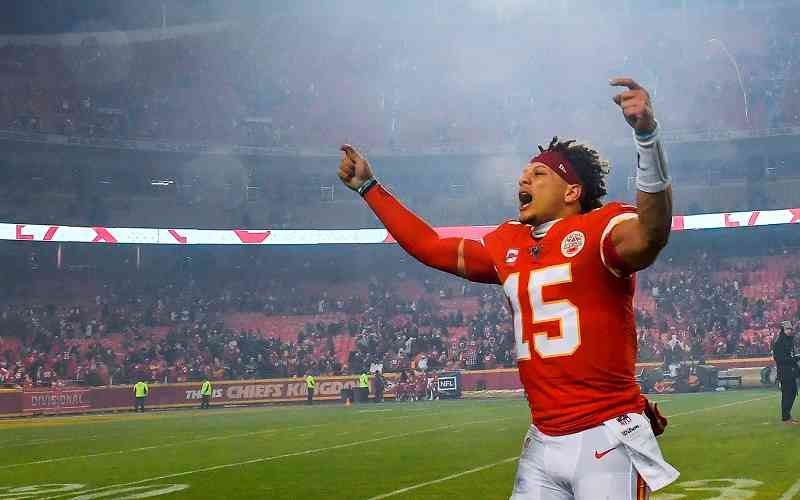 Patrick Mahomes has already climbed the tallest mountain in the NFL, earning a Super Bowl title in only his third year in the league.

All that the young Kansas City Chiefs quarterback can do now is add to his legacy, and that’s exactly what’s at stake when he attempts to take down the Tampa Bay Buccaneers led by Tom Brady in Super Bowl LV.

This may be Brady’s first year with the Buccaneers, but after qualifying for Super Bowl 55, he has added to his NFL record for SB appearances with 10.

Brady also holds the record for NFL title wins with 6, and will play for his 7th on Super Bowl Sunday, which is already one above the 5 championship rings that have been accumulated by DE Charles Haley during his tenures with the San Francisco 49ers and Dallas Cowboys.

If the Super Bowl 55 betting odds are accurate and Kansas City wins, Patrick Mahomes will not only rip that 7th ring right off of Brady’s finger and make it his 2nd, but he’ll also close the gap on Tom, ultimately creating a 2 Super Bowl victory swing in his favor.

That’ll make 2 Super Bowl titles for Mahomes at just 25 years of age. It may sound ridiculous to state that Patrick would then be “only” 4 Lombardi Trophies behind Brady, but considering his early success, and the fact that the 2022 Super Bowl futures odds at the top NFL betting sites will likely favor him once again, many more championships are well within reason.

During the offseason following KC’s Super Bowl 54 victory, Mahomes signed the biggest contract in professional sports history that awards him in excess of $50 million annually over the next 11 years.

Patrick isn’t going anywhere for over a decade, and if he can remain healthy for that duration, it will surprise no one if he reels off a few more Super Bowl wins.

The modern NFL era has produced many legendary quarterbacks that have played well into their early 40s at a high level, including Peyton Manning, and Bret Favre.

Tom Brady is 43 and has led his team to Super Bowl LV, and is likely poised to return next season to make another run.

With modern medical advances, improved training techniques, and the additional safety rules and equipment adopted by the NFL, the trajectory of playing careers for professional football players is on the rise.

These advances will aid in allowing Patrick Mahomes to play for as long as physically possible, should he choose to do so, and will award him many chances to catch up with and surpass Brady’s achievements.

If Mahomes and the Chiefs lose to Tampa Bay on February 7, he will never be able to outshine Tom Brady because he’ll possess a loss to him in the Super Bowl.

If that happens, Mahomes will be regarded as second best, even if he wins more Super Bowl titles one day.

That means that although Patrick Mahomes is only 25 years old and one of the greatest QBs to ever lace up a pair of NFL cleats, a Super Bowl 55 loss will firmly install a marble ceiling that he will not be able to rise above no matter how long he plays or what he accomplishes.

The SB odds, as well as the plethora of Super Bowl 55 prop bets that have recently hit the board, all point to success for Patrick Mahomes and the Kansas City Chiefs. Bettors now have almost two weeks to decide and place their wagers.