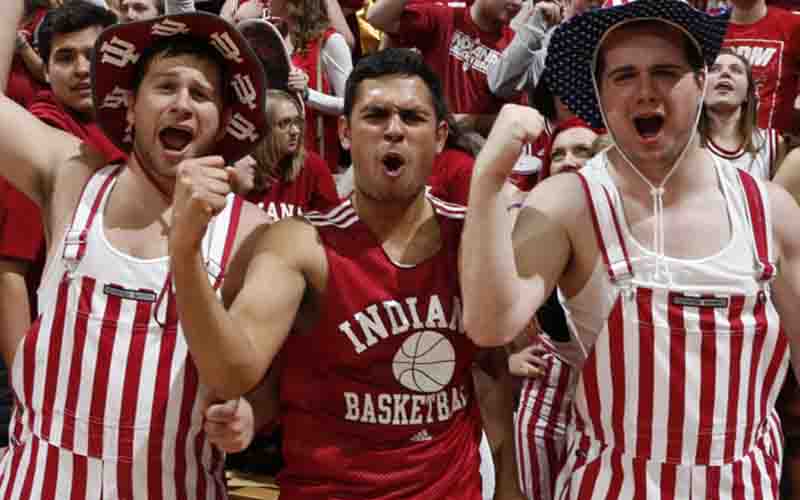 Today begins the first half of the Round of 64 as 16 March Madness Tournament games will populate television screens and fill the bet schedules of online gamblers around the United States.

Game lines for 2022 March Madness betting are now available for wagering online, and the college basketball odds have offered up some potential upsets that can be taken advantage of.

An upset in the spectrum of betting on college basketball refers to an underdog in the point spread and moneyline winning the game. When it comes to betting on March Madness, an upset simply means that a team that is a significantly higher seed gains a victory over a top-ranked program.

Any NCAA Men’s Basketball Tournament contests that fall outside of the 10 vs. 7, or 9 vs. 8 games have the potential for a March Madness upset. Here are a few NCAAB betting lines that have caught our attention for today’s March Madness games.

The Michigan Wolverines are coming off of a surprise Big Ten Conference Championship and a CFP appearance in NCAA College Football, and now their basketball program has qualified for the NCAA Tournament and will attempt to make a run at the Final Four.

Even though the Colorado State Rams are the higher seed, Michigan is favored to win by 2 points suggesting that an upset is the most likely outcome.

The Providence Friars have secured the 4 seed in the midwest bracket but are facing the prospect of two tough matchups if they intend to reach the Sweet 16. Up first are the #13 South Dakota State Jackrabbits who many experts are picking to beat Providence in their 2022 March Madness brackets.

The point spread only separates the Friars from the Jackrabbits by a basket, implying that either team could win during the final seconds of regulation or overtime. Watch out for the bad beat!

Traditionally, a game between the Indiana Hoosiers and the Saint Mary’s Gaels would feature a large point spread in favor of the Big Ten basketball powerhouse, but the opposite is true for tonight’s Round of 64 contest.

March represents a time where traditions are disregarded as tiny schools and Power 5 Conference basketball programs receive an equal court of play for 60 minutes at a time.

The Hoosiers are coming in as the 12 seed and are a 3-point underdog to the Gael’s in tonight’s game, although it should shock no one to see St. Mary’s go down to Indiana in the first round of March Madness.

Unless you’re planning on filling out a perfect bracket, there is only one way to profit off of NCAA Tournament upsets – betting on March Madness right now at a legit online college basketball sportsbook.

The Gonzaga Bulldogs still have the best odds to win the tournament and are favored to win their game against Georgia State today by a spread of 23.5 points. Tune in to all of the games going down on TNT, TBS, CBS, and TruTV.