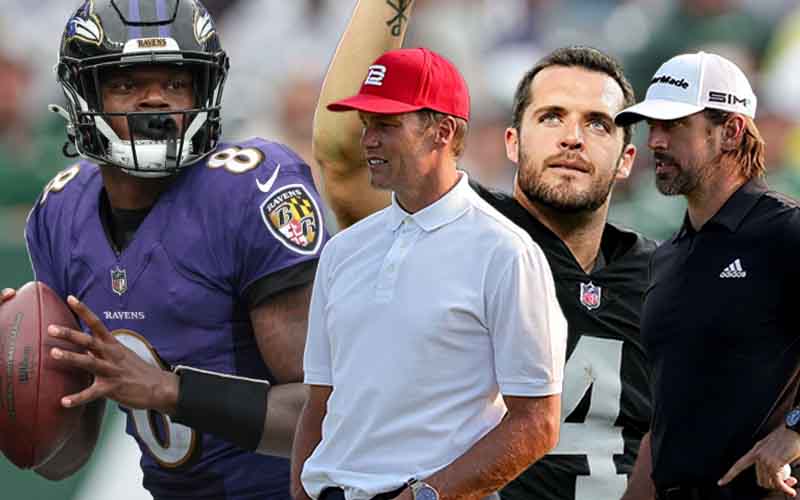 The Conference Championship Games have not even begun and already, interest is brewing regarding the next destination for Tom Brady following his exit from the NFL Playoffs at the hands of the Dallas Cowboys on Wild Card Weekend.

NFL prop bets are now on the boards that are taking action on what team he will play quarterback for next, should he decide to depart the Tampa Bay Buccaneers for potentially greener pastures.

Odds On Tom Brady’s Next Team (If Not Buccaneers)

The current odds leader for Brady’s services in 2023-24 are the Las Vegas Raiders, a team that is coached by his former offensive coordinator in New England, Josh McDaniels.

Betting on the New England Patriots is the second-leading option with a +300 moneyline that will deliver 3-to-1 net payouts if Tom Brady returns to his former team where he won six Super Bowl championships.

His old head coach, Bill Belichick, is still in charge of the Patriots and intends to return next season.

The San Francisco 49ers and Miami Dolphins are also top contenders in the Tom Brady sweepstakes, but there are high-priced quarterbacks that would need to be dispatched or benched in order for that to happen.

If Brady ends up signing with the Raiders, their current starter, Derek Carr, will need to find a new home.

The New York Jets and Indianapolis Colts, two teams that seem to be a quarterback short of making it to the postseason, are the highest rated teams in the current Derek Carr odds.

The Green Bay Packers’ Aaron Rodgers is once again flirting with retirement, but the below prop suggests that he will indeed return for another season.

There are no odds on the boards right now for Rodgers going to another team, suggesting that he’ll remain with the Packers should he decide to play in 23-24.

Former NFL MVP and Heisman Trophy winner, Lamar Jackson, has not been retained by the Baltimore Ravens for next season. Contract talks are ongoing between Jackson and the Ravens, but he seems poised to shop the market to test his maximum value.

Odds On Lamar Jackson’s Next Team (If Not With Ravens)

The above prop bet removes the option for betting on the Baltimore Ravens, and lists the Jets and the Atlanta Falcons as the main players for his services going forth.

Gamblers that intend to bet on these free agent NFL props for these quarterbacks should do so soon because final decisions could be made at any moment in the coming weeks.