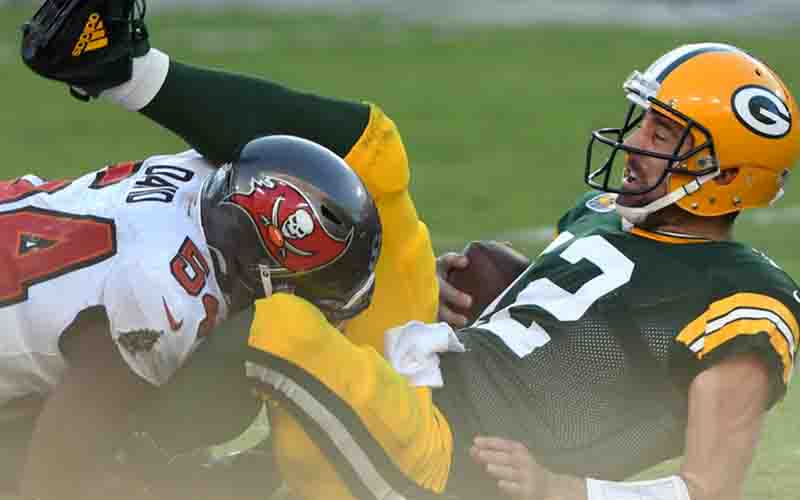 Are NFL betting sites still projecting an outcome where the Tampa Bay Buccaneers do not reach and win Super Bowl 56? Do they really believe that Tom Brady and the Bucs will make it to the NFC Championship Game and lose?

That does appear to be the case when examing the game lines and NFL futures for AFC and NFC Championship winners at NFL sportsbooks.

Perhaps there is something lurking in the data that could expose the rationale behind the line setter’s opinions in regard to Green Bay’s superiority to the Buccaneers.

Last year, the Packers finished with a 13-3 record and earned the number 1 seed and a first round bye in the NFC. The 202o-21 Buccaneers ended their regular season with a win-loss record of 11-5 and made the playoffs as the #5 wild card seed.

Tampa Bay improved upon their 2020-21 record by one game and won the NFC South, finishing as the #2 overall seed. It would seem that the Packers have held even while the Bucs are on the upswing.

Tampa also broke their team record for total points scored in a season with 511, a mark that had been set last year with 492.

They are scoring more, winning more, and are similarly placed to last year in the 2021-22 NFL Playoff bracket – should we be betting on the Tampa Bay Buccaneers to win it all this season?

All signs point to yes unless you consult the many online Super Bowl sportsbooks that rate them third or worse in the overall championship futures.

Is it a case where the oddsmakers are buying into the Packers being due to get over the hump? More than likely, the stout running game offered up by Aaron Jones and AJ Dillon is driving the action.

The two running backs have given Aaron Rodgers the option of playing smashmouth football if the scenario requires it. In the past, the strength of Green Bay’s offense has relied solely on Rodgers’ passing, but that is no longer the case heading into the 2021-22 NFL Playoffs.

Folks that feel confident in Tampa’s chances at winning Super Bowl LVI should place their NFL bets right now because the moneylines will pull closer to even once they’ve advanced beyond the opening wild card round of the playoffs.

If the Packers and Buccaneers end up facing off in the NFC Championship Game, we’d be surprised if Super Bowl betting sites still favored a Green Bay victory, but stranger things have happened.

The Packers were favored to win the NFC title last year and move on to Super Bowl LV, but that didn’t happen.

There are three full weeks of betting on the NFL Playoffs before the Super Bowl 56 participants are decided, and significant cash winnings can be secured no matter which team is being wagered upon.

A $1 bet on the Packers to win SB 56 will earn gamblers a profit of $3.75 if it happens, but only if wagers are placed right now.