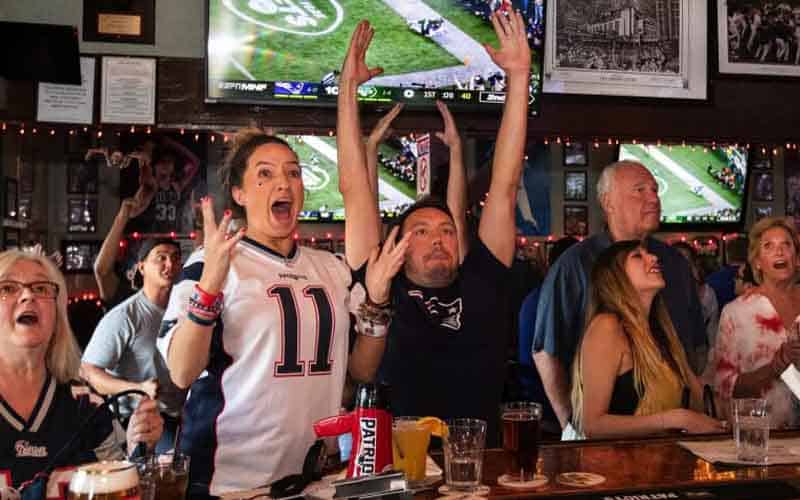 Since the turn of the century, fantasy football’s meteoric rise in popularity has placed it in the mainstream of American pop culture. Each August (or earlier), fanatics around the country gather together in person or online to draft NFL players to their fantasy rosters in hopes of winning a championship and the cash that comes with it.

Several online vendors have popped up in the last 20 years that provide hosting services for fantasy football leagues, either for a fee or a cut of the total prize pool.

Domestic sportsbooks like FanDuel and DraftKings made massive splashes in the industry in the 2000s with their daily fantasy sports (DFS) opportunities that allowed for cash payouts after a single day of action.

Legal NFL betting sites have now posted lines directly related to fantasy football results that will payout if the player that is wagered upon finishes atop the given stat category.

For instance, take the following line on the top point-scoring quarterback during Week 6 of the NFL season posted by Bovada Sportsbook. Gamblers can wager on which QB will score the most fantasy points based on the stats posted at ESPN.

What’s intriguing about these fantasy-related NFL prop bets is that the action is limited to the players on the board. That means if there’s a positional player that outperforms the entire lot in the above prop, it will not impact the outcome, as only those included in the list can win.

Fantasy leagues are fairly consistent when it comes to scoring settings for quarterbacks, but that’s not the case when compiling points for running backs, wide receivers, and tight ends.

20 years ago, running backs dominated fantasy football because the league was littered with feature backs that touched the ball nearly 30 times a game on average.

To spread the wealth a little more, many fantasy leagues opted to begin allowing a fantasy point per reception caught, otherwise known as PPR (point-per-reception). This scenario allows for wide receivers and tight ends to pull even or surpass the stat totals and fantasy points that running backs routinely accumulate, and the following two lines illustrate how PPR can alter the projections.

Comparing the above two NFL betting lines, readers will notice that San Diego Chargers running back, Austin Ekeler, is ranked third in the PPR odds but is not listed among the non-PPR options.

The statuses of Christian McCaffrey, Dalvin Cook, and Rhamondre Stevenson are also significantly elevated due to their receiving prowess.

Outside of the occasional reverse or direct snap, wide receivers in the NFL are largely dependent on the football being thrown their way in order to collect statistics.

Some WRs are deep threats and produce large stat totals on 3 to 4 catches, while others run shorter routes and receive the ball more often. The following two lines reveal that Justin Jefferson and Marquise “Hollywood” Brown are much better bets when factoring PPR into the equation.

Tight ends are not as heavily impacted by points-per-reception rules, as the position usually involves shorter routes and more catches. An interesting non-PPR option for this week is New Orleans Saints QB-hybrid Taysom Hill being included in the odds.

Hill cannot be relied upon for any given number of receptions, and some fantasy sites may not allow for him to be inserted as a tight end. That’s not an issue at Bovada, so think about laying some action on Taysom Hill when pondering your NFL betting strategy this weekend.