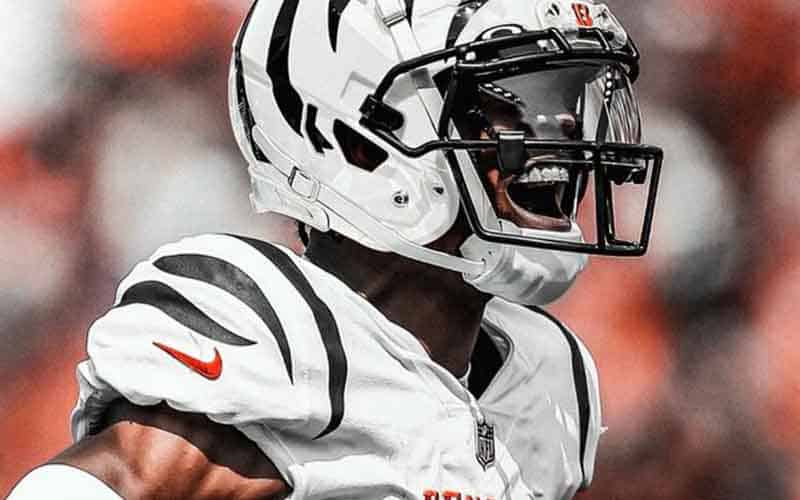 Thursday Night Football begins this evening at 8:15 PM on Amazon Prime Video streaming services and features a matchup of the AFC East-leading Miami Dolphins traveling to Ohio to face the struggling Cincinnati Bengals.

Dolphins starting quarterback Tua Tagovailoa is questionable for tonight’s game after a head injury suffered last week during their victory over the Buffalo Bills. Reports are that Tua will suit up for TNF, but a late setback could cause him to miss the contest.

Also of note, the Bengals will be debuting new uniforms for tonight’s game that may cause fans to double-take when tuning into the TNF broadcast.

Bengals will wear these all-white uniforms Thursday Night against the Miami Dolphins: pic.twitter.com/X6GZ2J5pQs

Online NFL betting sites have posted game lines for TNF that are similar, but there are some differentials to take note of that can deliver healthier payouts.

Each of the top four sportsbook sites that we frequent features the exact same NFL point spread for the Miami Dolphins, suggesting they will lose a close game tonight against the Bengals in the neighborhood of a field goal.

Since there is no variance for Dolphins spread betting, we advise laying some action at the NFL sportsbook you prefer the most or already have funds deposited into.

Once again, the books are in unison in regard to the Bengals’ point spread versus the Dolphins, so gamblers can simply opt for the site they’re already members with.

Why are the experts suggesting that the 1-2 Bengals will beat the 3-0 Miami Dolphins this evening? The uncertainty surrounding Tua Tagovailoa’s health could be the culprit.

Gamblers that want to bet on Miami to outright win the game can shop the NFL moneyline odds and secure higher payouts.

Bovada, MyBookie, and BetUS feature the same +160 moneyline on the Dolphins to win. Wagers of $100 on Miami to defeat the Bengals will secure a win of $260 if they are victorious tonight.

Betting on the Bengals and their chances of a simple win is best done with BetOnline or BetUS and the -180 moneyline they have posted.

Laying some action on a Bengals win necessitates more money being wagered than can be won no matter where you place your NFL bets. That said, if you bet on the Bengals to win at BetUS or BetOnline, you’ll be risking less for the same outcome.

Betting The Dolphins vs. Bengals Over/Under

Oddsmakers share a common opinion in regard to their projections for the total combined points for the Bengals and Dolphins, settling on an NFL over/under of 47.5 across the board.

Combining the over/under and the point spread projections implies a final score of:

We’ve bet against the Dolphins versus the Baltimore Ravens and the Buffalo Bills in Week 2 and 3, but now our staff is on board with Miami and feels confident that they can hang with and even beat the best teams in the NFL.

Perhaps NFL bookmakers are clinging to the notion that the talent-laden Bengals’ roster will finally get their act together and beat a good team. We’ve seen the game film on Miami, and they’ve not yet reached their peak on either side of the ball.

The only question now is whether Tagovailoa will play, so perhaps wait until closer to kickoff to place your bets.