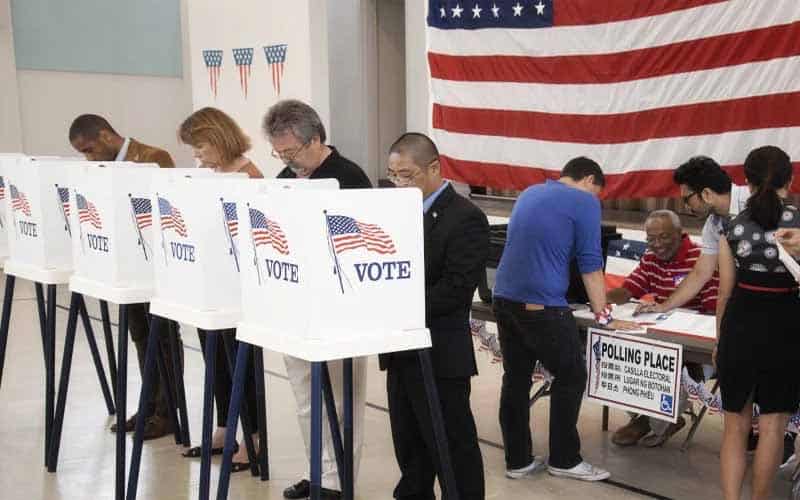 Legal sports betting is coming to New Hampshire sometime next year, but where the sportsbooks will be located has yet to be determined.

Fortunately, we’ll have a much clearer picture of where the NH sportsbooks will launch after all the votes have been counted on Election Day 2019.

New Hampshire legalized sports betting when Gov. Chris Sununu signed the legislation into law over the Summer, allowing wagers to be placed on sporting events either in-person, online, or via mobile apps.

While Internet-based sports betting will be offered statewide, the law allows NH voters to decide whether to allow retail sportsbooks to operate in their city. A total of 10 brick-and-mortar licenses and five mobile app licenses are allowed to be issued by the New Hampshire Lottery.

Smaller towns and municipalities are expected to discuss whether to add a similar question to the 2020 ballot during “Town Meeting season” in March, according to New Hampshire Public Radio.

Over the past couple of months, officials from 10 NH cities approved of putting the following question on the November 5 ballot:

“Shall we allow the operation of sportsbook retail locations within the city?”

One license is already locked in. Franklin is set to open a licensed and regulated sportsbook after voters approved of sports betting during the city’s early October 1 election.

And the nine remaining brick-and-mortar licenses could be claimed today. Voters in nine cities—Berlin, Claremont, Concord, Dover, Laconia, Manchester, Nashua, Rochester, and Somersworth—will decide whether to allow retail sportsbooks to set up shop.

If voters in Manchester and Nashua answer “Yes” to the ballot question, then those two cities have by far the most to gain. Both are within an hour’s drive from the Massachusetts border and would likely generate a huge amount of tax revenue from bettors in the Greater Boston metropolitan area.

After today’s vote, the final step would be for the NH Executive Council to approve of the sports betting contracts for the state. DraftKings was selected to run the wagering operations at the physical retail locations in the cities that approve.

Councilmembers are expected to discuss the approval process when they meet on Wednesday, November 20.

The process of building a regulatory framework for legal sports betting in the Granite State has gone quite smoothly.

Hopefully, lawmakers in other states look to the NH Lottery as a shining example of how to implement rules and guidelines through a state-run lottery. Other states that have tried this approach have either botched or delayed the launch of sportsbooks multiple times.

In fact, things are going so smoothly that Sununu recently said he expects the state’s first sportsbooks to launch before Super Bowl 54—possibly in January or maybe even December, depending on how everything works out.

With the New England Patriots considering to be a strong favorite to lift the Lombardi Trophy again this season, you can bet that fans from all over Massachusetts—which won’t legalize sports betting anytime soon—will end up sending millions of dollars of revenue to New Hampshire.

As for where the buckets of cash will end up, it’s too early to tell. But if the New Hampshire voters are as wise as lawmakers and regulators, then all nine cities will approve the ballot question.

And after Election Day is over, they’ll proceed to welcome Massachusetts bettors into their warm soon-to-be sportsbooks with open arms—especially after MA lawmakers have left their residents out in the cold for the foreseeable future.