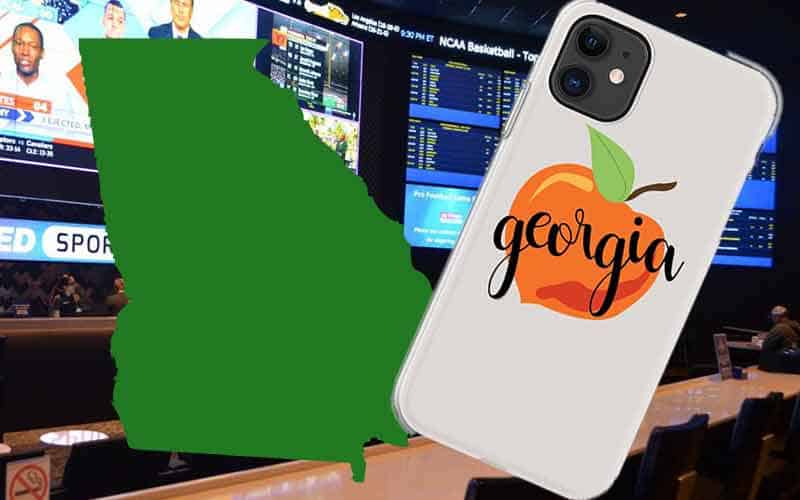 It seems that the winds of change are blowing strong in the Peach State following months of political unrest that flipped Georgia from red to blue in the 2020 Presidential election as well as the US Senatorial runoffs.

Now, legal sports betting in Georgia is on the minds of state legislators, as two companion bills are now traveling through committees and are positioned for debate on the Senate and House floors.

These developments are in direct opposition to GA’s historic anti-gambling stance that has kept the state dry of sports betting and casino gaming opportunities for decades.

Many of the southeastern states have shared Georgia’s stance on sports betting, but with Tennessee’s late 2020 debut of sportsbook apps, and the recent passage of legal sportsbooks in Louisiana, Virginia, and North Carolina, regional voters no longer seem to be opposed to the idea.

The current language of the bill would declare the Georgia Lottery as the governing body of legal sports betting regulation in the state, and would also be in charge of processing and granting licenses to sportsbook vendors. Currently, all books would be web-based, but further debate could bring additional options.

Like many other states, Georgia would require a minimum age of 21 years old to place a bet on sports. Bets on NCAA football, basketball, and other collegiate athletics would be permitted, but not on any games that include an in-state team.

That means no bets on the Georgia Bulldogs, Georgia Tech Yellow Jackets, or any other college team that calls GA home.

The sports betting bills are backed by bipartisan support due to the obvious fiscal advantages that domestic sportsbooks will provide.

The Georgia Legislature is debating a tax revenue take of between 10%-14%, and is already earmarking those dollars for future education and scholarship programs.

There is opposition amongst Georgia’s lawmakers, with some insisting that a constitutional amendment is required in order to allow for the authorization of in-state gaming of any kind, but Representative Senator Ron Stephens from Savannah, one of the bill’s main sponsors, is insisting that a simple majority is all that is needed.

Conservative opponents feel that allowing for sports betting in Atlanta and GA’s other major metropolitan areas will create an appetite for additional forms of casino gambling, something many legislators are not in favor of.

The professional sports teams in Georgia (Atlanta Falcons, Atlanta Braves, Atlanta Hawks, Atlanta United) have unified and are in favor of new sports gaming legislation, and have joined forces with state legislators that support the measure.

What no Georgia politician can deny is the amount of revenue being generated by offshore sportsbooks that are accepting in-state bets over the Internet.

Federal and state laws are unable to prevent internationally-based sportsbook operators from doing business in Georgia. Since they can’t join them, they may as well try to beat them and capture some of the revenue rather than none at all.

The above scenario has been the motivator for states across the USA, as one by one, regions adopt legal sports betting regulations and almost immediately begin reporting the high intake totals.

Tennessee is off to a hot start, and with Georgia’s population nearly double that of the Volunteer State, it is reasonable to expect that the profits could double as well.

These legal sports betting bills need to conform, pass, and be delivered to Governor Brian Kemp before any of the above scenarios can occur. Although Georgia sportsbooks are far from a sure bet at this point, there is some room for hope, and the coming weeks will reveal how soon that effort can be realized.