Josh Shaw bet against the Cardinals, NFL suspends him after Caesars’ notification 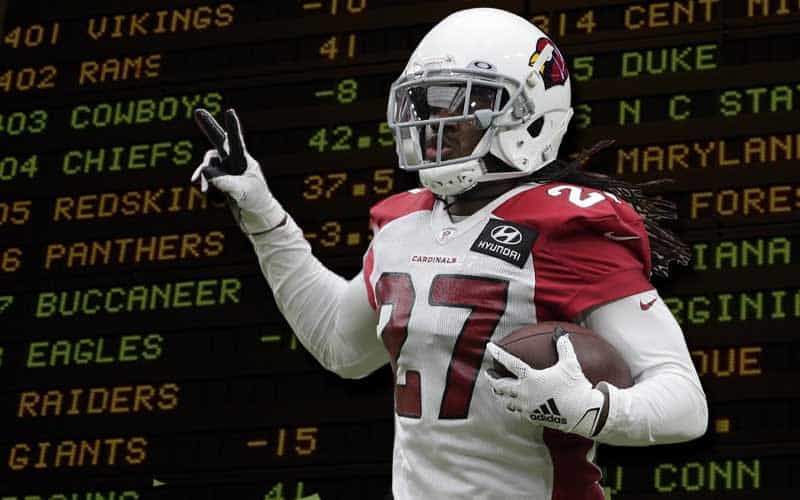 If losing a bet on the NFL wasn’t bad enough, Arizona Cardinals cornerback Josh Shaw may have just flushed his career down the drain as well.

Shaw was suspended indefinitely by the NFL on Friday, November 29, for betting on multiple NFL games during the 2019 season. He can file a petition on Feb. 15, 2021, for reinstatement following the end of the 2020 season.

“The continued success of the NFL depends directly on each of us doing everything necessary to safeguard the integrity of the game and the reputations of all who participate in the league,” NFL commissioner Roger Goodell said in the announcement.

“At the core of this responsibility is the longstanding principle that betting on NFL games, or on any element of a game, puts at risk the integrity of the game, damages public confidence in the NFL and is forbidden under all circumstances.”

“If you work in the NFL in any capacity, you may not bet on NFL football,” Goodell added.

Shaw has not suited up for the Cardinals this season due to a shoulder injury and was placed on injured reserve on August 25. The 27-years-old cornerback signed a one-year contract worth up to $850,000 with the Cardinals on March 18.

A new report from David Purdhum of ESPN this week has revealed that Shaw placed a three-team parlay bet on Sunday, November 10, while hanging out with some friends at Caesars sportsbook in Las Vegas.

Included in the parlay was a second-half bet against his own team, the Cardinals, who were playing the Tampa Bay Buccaneers on the road during Week 10.

The Cardinals trailed 17-13 at halftime, and Caesars posted the Buccaneers as a 1-point favorite for the second-half spread.

Even though the Buccaneers went on to win the game 30-27, the Cardinals outscored them 14-13 in the second half—meaning the Bucs didn’t cover the post-halftime spread and caused Shaw’s parlay to be graded as a loss.

How much money Shaw wagered against his own team has not been specified, but it’s rumored to be in the thousands of dollars.

However, it appears Shaw was unaware of the NFL’s zero-tolerance policy when it comes to gambling and may have believed it was okay since many states have legalized sports betting following the US Supreme Court decision to repeal PASPA.

Evidence of this comes from the fact that Shaw made no attempt to hide his occupation and even listed “professional football player” as his job when registering an account at Caesars.

Even though legal sports betting is becoming increasingly more common in the United States, the NFL policy is very clear when it comes to gambling on its games and reads as follows:

“All NFL Personnel are prohibited from placing, soliciting, or facilitating any bet, whether directly or indirectly through a third-party, on any NFL game, practice or other event. This includes betting on game outcome, statistics, score, performance of any individual participant, or any other kind of ‘proposition bet’ on which wagering is offered.”

After Shaw placed the wager, Caesars immediately contacted the Nevada Gaming Control Board the same day—a common practice for Las Vegas sportsbooks—who then notified the NFL of the bets he placed.

Since 2007, Nevada sports betting laws and regulations require sportsbook operators to “take reasonable steps” to avoid accepting bets from parties that have a conflict of interest.

According to NFL Network’s Ian Rapoport, Shaw “used his own player card & ID. Shaw flew to NY immediately upon notice to meet with the NFL & cooperated fully.  Shaw has the opportunity to appeal what is the harshest gambling penalty in decades. He considers it an innocent mistake with a severe outcome.”

More on Josh Shaw: He used his own player card & ID. Shaw flew to NY immediately upon notice to meet with the NFL & cooperated fully. Shaw has the opportunity to appeal what is the harshest gambling penalty in decades. He considers it an innocent mistake with a severe outcome.

The NFL investigation found that there was no insider information used, and no coaches or teammates were aware of his bets.

While there should be punishment for his wrongdoing, it appears Goodell is attempting to throw the book at Shaw and make him an example.

Under the “Integrity of Game” section in the NFL Collective Bargaining Agreement, Shaw could be fined “a reasonable amount, to suspend (a player) for a period certain or indefinitely, and/or to terminate this contract.”

Shaw is the first professional athlete to be found betting on sports since the PASPA repeal in May 2018.

Previous cases of players betting on NFL games include Art Schlichter of the then-Baltimore Colts in 1983 as well as Paul Hornung of the Green Bay Packers and Alex Karras of the Detroit Lions in 1963.

All of whom were banned for a single-season, and Hornung was even allowed into the Hall of Fame after his career was over.

Shaw’s willingness to cooperate and own up to breaking the rules should be taken into account. He has three days to appeal the year-long suspension, but it’s unlikely it will be reduced due to the precedence of past rulings.

However, anything more than a season is unjustifiable and would be yet another example of Goodell’s hypocrisy when it comes to handing down suspensions.