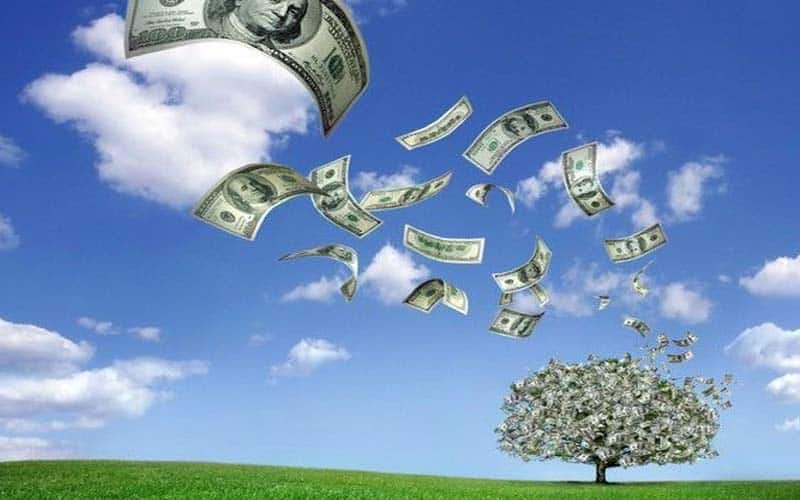 Money doesn’t grow on trees, but money can blow across state borders.

Indiana sports betting is off to a great start

During the first month of sports betting in Indiana, the state-licensed sportsbooks reported a handle—the total amount of money wagered and considered “at-risk”—of $35.2 million.

As a result, Indiana saw $813,103 in revenue from its 9.5% tax rate on sports betting, with a portion going to fund the Indiana Council on Problem Gambling.

Nothing beats betting on football

It’s no surprise that betting on NFL games has been the most popular form of wagering ever since Indiana launched its sportsbooks. College football wagering is likely a close second, but the report does not separate the numbers between the two.

Nevertheless, $20.7 million was bet on football alone at Hoosier State sportsbooks in September—approximately 59% of all the bets placed in Indiana for September.

Parlays saw $9.8 million worth of wagers placed while baseball had a handle of $3.4 million to round out the top three.

October report will include online and mobile apps

Both the handle and revenue figures are impressive considering only a handful of casinos opened sportsbooks at the beginning of the month when Indiana became the 13th state to offer legalized sports betting.

Also, the September report only accounts for in-person wagers and does not include revenue numbers from Indiana’s sports betting launch for online and mobile apps.

Websites and apps only began accepting wagers in the state on Thursday, October 3, so they will be included in next month’s report—and will likely provide a substantial boost considering the success of Internet-based sports betting revenue in other states.

But perhaps the most intriguing takeaway from Indiana’s sports betting revenue from September is the amount of money bet at the sportsbooks that are located closest to Chicago, Illinois.

The Horseshoe Hammond casino is located roughly 16 miles from downtown Chicago, and the Ameristar East Chicago casino isn’t much further at approximately 24 miles—and both locations were the biggest winners for Indiana last month.

Their combined sports betting handle of $14.4 million means 41% of all wagers placed in Indiana came from the two sportsbooks closest to the Windy City area. Additionally, the two casinos generated a combined $3.4 million in revenue—roughly 40% of Indiana’s total profit from sportsbooks.

When is sports betting coming to Illinois?

While having sportsbooks in Chicago and throughout the state may seem like a no brainer—especially after seeing Indiana’s September report—it may be a little while before the Land of Lincoln accepts wagers from the millions of passionate sports fans living in Illinois.

The state has already legalized sports betting, but if the recent public comments submitted to the Illinois Gaming Board (IGB) are anything to go off of, it’s pretty clear the residents of the state are frustrated with the regulators’ glacial speed approach.

Thursday, November 7, is the next time the IGB will meet to discuss the rules and regulations to implement for the future license-approved sportsbook operators.

A current timetable for Illinois sports betting has not been given, but IL lawmakers have said that they hope sportsbooks launch sometime next year—and preferably before the 2020 NFL season begins.

Until then, even more money will continue to blow in from the Windy City and all throughout Illinois—even more so with their neighbors now having online and mobile apps.

Because of that, the odds of seeing a flock of bettors across the border every week—when the Chicago Bears play—are pretty high. Chicago bettors only need to take I-90’s first exit past the state line, pull over (because safety), and then start betting from their smartphone.

And you can bet that Indiana’s sportsbooks will be more than happy to accept your wagers, especially since Illinois regulators haven’t even begun planting the seeds for sports betting money tree.