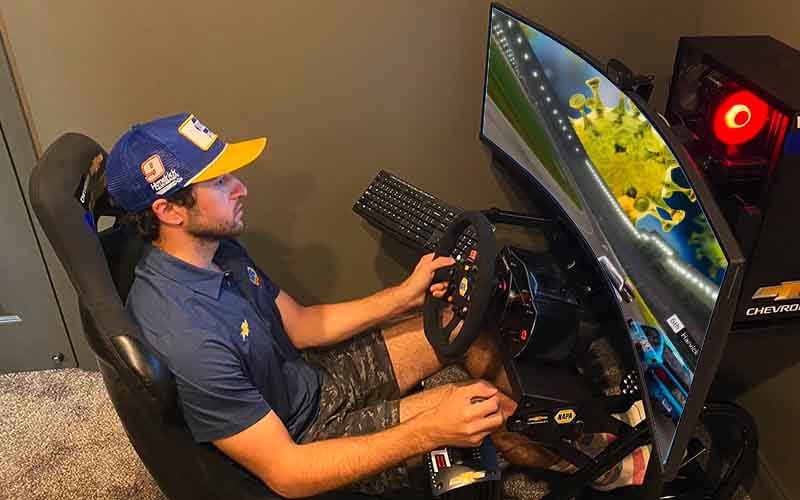 It’s a safe bet to say the coronavirus pandemic has accelerated the growth of the esports sector in the legal sports betting markets, both in the United States and internationally.

Unfortunately, that was before a valve was turned and a “boomer remover” viral disease ganked its way into the latest “Planet Earth” simulation patch update.

The world’s primary quest at the moment is to make sure the elderly and at-risk populations aren’t left for dead.

However, betting on esports was legally allowed after the Supreme Court ruled PASPA unconstitutional on May 14, 2018.

The highest court in America determined the federal prohibition regarding state-licensed pro and college sports betting was illegal—primarily because Nevada sportsbooks were exempt and had created US monopoly for legalized sports gambling.

Since then, the list of states with sports betting laws has grown post-PASPA. Although half the country likely won’t have sportsbooks as initially projected, the next five years still look promising once traditional sports competitions are allowed to return in some form.

Sportsbooks have become more accessible to American adults, but state governments are required to have a balanced budget—meaning local lawmakers will forever have a need to raise money and increasing income taxes is a last resort.

Without sports in play, esports is now one of the best, safest, and meta ways to bet legally during the coronavirus pandemic.

Several states, including Nevada and New Jersey, have already amended regulations and other gaming commissions are strongly considering the addition of esports betting lines and odds.

Opponents of expansion should heed the warning from Mark Balch, the head of Berlin-based data company Bayes Esports Solutions who recently said revenue from “sports betting was down over 60%, and as much as 90% for some bookmakers” around the globe.

“All the fence-sitters have been pushed off the fence into esports,” Balch told The Esports Observer. “It really is a scramble to find any content anywhere in the world for pretty much everyone involved in the business.”

Oddsmakers at the best esports betting sites have been crunching the numbers harder than ever to offer updated 24/7 in-play wagering, lines, parlays and more all from your mobile device.

Sportsbooks with esports betting have also expanded banking options during the COVID-19 outbreak to include Bitcoin (plus other cryptocurrencies) and Zelle, so depositing and withdrawing funds is safe, fast and easy.

After canceling all large gatherings for esports tournaments and events, video game publishers soon began using their all-digital format as an advantage—and even a replacement for physical athletic competitions in a sports-less society.

Virtual sports betting traditionally involves placing a wager on simulated sporting events and the winning outcomes are determined by the AI computer and preset RNG.

Wagering on “virtual esports” has also skyrocketed in popularity with most Americans working from home and quarantining to flatten the curve.

Besides, who needs NFL football betting when you can put money on simulated matches, seasons, and Super Bowls from an Xbox One or PS4 copy of EA Sports’ Madden NFL 2020?

But with the world’s top athletes forced to ride the bench, the major players from the professional sports leagues and video game publishers have teamed up to create novel entertainment such as “esports battles” or “virtual eseries.”

The virtual league-sponsored video game charity matches feature real athletes competing against each other in their sport. But unlike real life, the athletes can control themselves or another player while playing what’s typically an esports game.

Some of the more popular featured sports betting alternatives are when drivers from NASCAR and Formula 1 hold virtual eseries competitions weekly.

Sportsbooks also regularly offer odds on the nightly NBA 2K20 esports battles, where pro basketball players talk trash to each other during the live stream of their video game matches on Twitch.tv and YouTube.

While the legal market for esports betting may have only recently emerged in the US and abroad, it’s only a matter of time before it becomes one of the top choices from both the noobs and the MLG-level handicappers.

To give you a glimpse of the esports bets that are available, the following video game titles regularly receive updated live betting odds and futures for esports at Bovada’s online sportsbook and other top-rated sites.