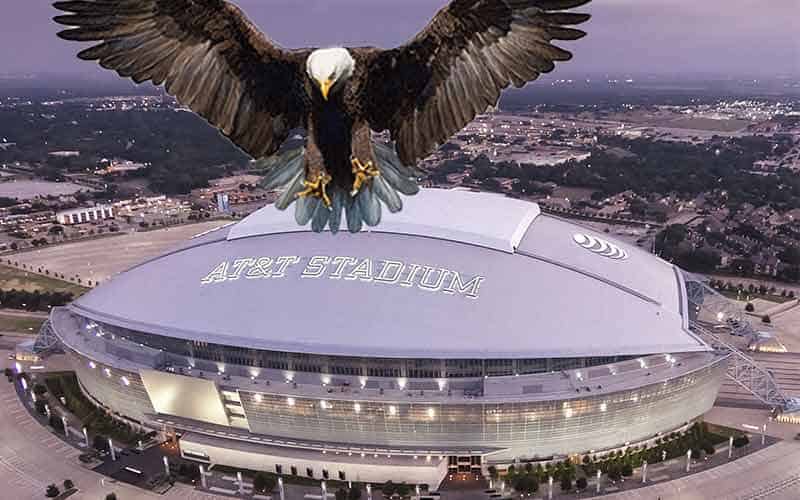 NFC East Division supremacy is up for grabs when the Philadelphia Eagles swoop into AT&T Stadium tonight to take an early-season swipe at the Dallas Cowboys who are favored by 3.5 across the boards at major NFL betting sites.

The Division is trying to clear their name after last season’s “NFC Least” well-earned designation, and both the Cowboys and Eagles have established themselves as the two top teams thus far.

Online sports betting sites are nearly in unison in their predictions for tonight’s MNF outcome, but there is some room to shop around the moneyline odds offered for each team.

Best NFL Odds On The Cowboys To Win

The current NFL moneyline odds for the Cowboys of -178 at BetOnline.AG offers the best payout on the boards, providing a variance ranging between 2 and 7 points of differential between the top online sportsbooks.

The Cowboys are running at full strength for the first time in a long time, and the presence of a healthy lineup is reaping dividends as their only blemish is an opening week 2-point loss to the Tampa Bay Buccaneers.

Last week’s 20-17 win over the Los Angeles Chargers is looking more impressive by the week, as LA revealed their true makeup when delivering a Week 3 30-24 loss to the Kansas City Chiefs.

If Dallas can deliver on the current point spread of -3.5 and declaw the Eagles, then both the Cowboys and the Chargers Week 2 matchup could serve as a sleeper Super Bowl 56 preview. However, there are still 15 more weeks of pro football to get through first.

We’re laying off this game altogether because of how tightly competitive our staff expects this game to be, but again, those that are intent on betting on the Cowboys to win outright should do so at BetOnline.

Best Odds For Betting On The Eagles

Bovada is stepping out and offering the best moneyline odds on the Eagles to win with +160, which will net NFL gamblers $1.60 per dollar risked on a Philadephia win on Monday Night Football in Big D.

The Eagles are playing well under the services of quarterback Jalen Hurtz, only suffering a well=played close loss to the San Francisco 49ers in Week 2.

Tonight is Hurtz’s chance to shine on a national stage and display his potential to lead his Eagles into the NFL Playoffs – but will he?

NFL oddsmakers will be taking close notes on tonight’s proceedings and the victor will certainly gain on their Super Bowl 56 betting odds. Currently, the Eagles are coming in around 19th and the Cowboys are the 12th most likely teams to win SB LVI in the NFL futures odds.