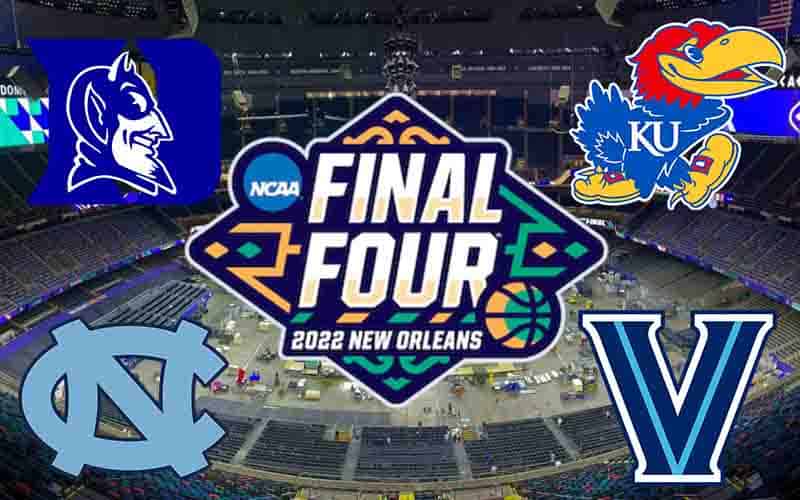 Duke Blue Devils head coach Mike Krzyzewski has led his team to the Final Four in what will be his final season on college basketball sidelines and is now two wins away from capturing a sixth NCAAB National Championship on his way out the door.

Standing in his way are the North Carolina Tarheels, their most fierce Atlantic Coast Conference rival during Coach K’s time with Duke. One of the best aspects of the March Madness Tournament is that programs must win many games in a row against top teams, removing the potential for a fluke champion.

Much like when the 15 seed St. Peter’s Peacocks finally fell to UNC, March Madness betting sites are projecting a Final Four outcome this Saturday where Duke eliminates the #8 Tarheels who represent the lowest remaining seed in the Tournament.

NCAAB oddsmakers not only favor the Blue Devils to beat the Tarheels, but they’re also granting Duke the best chance of all remaining Final Four teams to win the 2022 Men’s Basketball National Championship which would be Coach K’s sixth.

Speaking of National Championships, each of the programs alive for 2022 Final Four betting has multiple title banners hanging in their home arenas.

All four Final Four basketball teams feature loads of recent and historic success, making it difficult to utilize overall pedigree to gain a betting edge in the 2022 March Madness odds.

Recent excellence is not granting Villanova any additional leeway in the odds for college basketball betting as they are a 4.5 underdog to the Kansas Jayhawks who are the final top seed left in the 2022 bracket.

There’s ample reason to believe that all teams involved have a legitimate shot at winning the 2022 College Basketball National Championship, but the futures odds are offering up fairly large moneylines on UNC and Villanova.

Betting a dollar right now on the Tarheels or Wildcats to win it all can secure a $6 or $5 net payout, respectively, and their odds for March Madness Finals betting should be considered.

There’s still plenty of profit left on the table by betting on Duke and Kansas as well, as all teams on the boards are drawing positive moneylines at the moment.

The same cannot be said once the 2022 field reduces from 4 to 2 teams. At that point, only the underdog will feature a moneyline above even, so bet soon if you’re leaning toward one of the four teams left in the 2022 March Madness bracket.