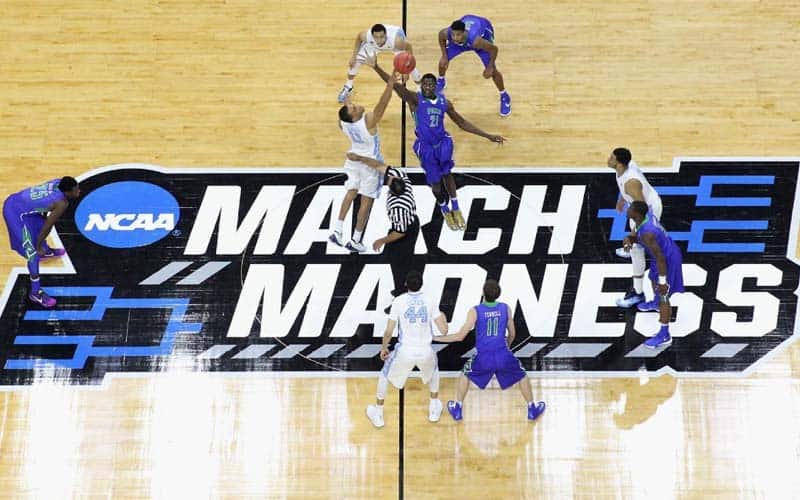 While Illinois sportsbooks will miss out on the most bet on sporting event in the United States, another betting action-heavy event may be on the table.

While that’s disappointing news for the Land of Lincoln residents hoping to bet on NFL games legally this season, Zalewski said he’s optimistic about the launch of licensed and regulated IL sportsbooks before March Madness—traditionally the second-most wagered on sports event each year.

“I’m starting to get a little more cautious in saying that if we could have someone placing a bet on March Madness, that would be great,” Zalewski said.

College basketball betting for the NCAA Tournament typically begins after the field of 68 teams is seeded on Selection Sunday, which falls on March 15, 2020, for the current season.

However, residents won’t be allowed to place wagers at online sportsbooks or mobile betting apps—using smartphones, tablets, or desktop computers—for quite some time.

Only in-person sports betting at brick-and-mortar locations is allowed in Illinois for the first year and a half.

“In terms of online, we put in an 18 month delay period for app-based sports betting from your couch,” Zalewski said.

The Illinois General Assembly’s Joint Commission on Administrative Rules meets on Tuesday, December 17. Zalewski said he hopes to nail down some of the rules for sports betting but will ultimately leave certain issues, such as the minimum amount of money needed to wager on a given betting line, to the Illinois Gaming Board (IGB).

“I’ve seen Indiana charge a minimum of $5 per bet,” Zalewski said. “I think that’s probably what you’ll see in Illinois. I think we’re going to leave it to the Gaming Board to set the minimum betting rules.”

After the month-long public comment period earlier this year, the IGB officials went to work on drafting rules for the state’s sportsbook operators.

While the state’s sports betting rules have yet to be finalized, the IGB is scheduled to begin the application process for eligible casino applicants in mid-December, according to the Chicago Sun-Times.

IGB administrator Marcus Fruchter did not give a timetable for how it would take to issue licenses since the regulators’ top priority is to make sure each operator is vetted thoroughly.

“We are going about it in an expeditious and deliberate manner to make sure that our review is transparent and independent and thorough,” Fruchter said.

Illinois’ sports betting market is projected to become of the lucrative in the industry with an estimated nearly $5.2 billion expected to wagered in 2023, according to a recent forecast from consulting firm Global Market Advisors.

For comparison, Nevada sportsbooks are projected to take in around $5.5 billion during the same year.

But the IL sportsbooks must launch first. With the newly legalized sports betting states becoming notorious for delays, the odds of seeing Illinois locations accept wagers before March Madness is anything but a safe bet.