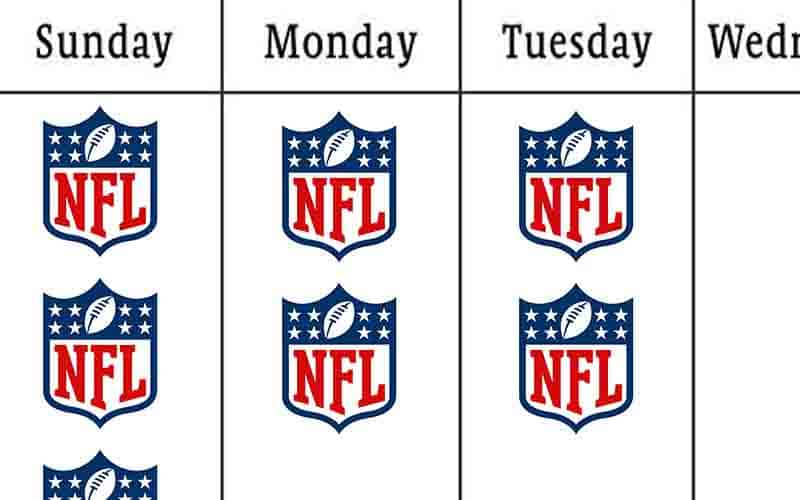 December Monday mornings are typically filled with reflections of the prior day’s NFL results and foggy memories of passing out on the couch during the third quarter of the Sunday Night Football game on NBC.

Today is no exception (did the Tampa Bay Buccaneers really get shutout 9-0 by the New Orleans Saints?), except for the fact that four games remain on the Week 15 NFL Schedule instead of one. Why?

COVID-19 and its Omicron variant have now become a mainstay in NFL locker rooms and league officials are once again having to make moves on the fly in order to retain some semblance of fair play across the board.

It remains to be seen as to how much the contagion will continue to impact the lines offered at NFL betting sites, however, here are the odds for Monday Night Football (x2) and the two contests occurring on Tuesday.

The NFL point spread has once again swung back into the favor of the Cleveland Browns, reestablishing the Las Vegas Raiders as a three-point underdog for tonight’s game.

The line was originally set at -5 in favor of the Browns but was then moved to +3 once COVID-19 caused the ouster of Cleveland’s top two quarterbacks on the depth chart.

Baker Mayfield is still asymptomatic and hopes to return to the starting lineup tonight, but the clock is ticking.

The Minnesota Vikings are favored by nearly a touchdown on the road for the regularly scheduled episode of Monday Night Football, and a win will allow them to keep pace for earning a wild card spot in this year’s postseason.

The LA Rams just handed the NFC West-leading Arizona Cardinals a rare loss and are now looking to place the dagger into the collective hearts of the Seattle Seahawks and their flock of faithful fans.

Could this be the last gasp for Pete Carroll, Russell Wilson, and the Seahawks? The Rams are predicted to win by a TD, which will spoil Seattle’s slim postseason hopes.

The Washington Football Team has been in and out of playoff contention over the past few weeks, but with only three games left on the 2021-22 schedule. time is running out for Ron Rivera and company.

The Philadelphia Eagles have improved as of late and are climbing the standings and the NFL futures odds, but at 6-7. the team can ill afford another notch in the loss column.

Some of these Monday and Tuesday NFL games came very close to being canceled outright with forfeitures handed out by the league, so be thankful that these contests are being played at all.