Chicago To Welcome Legal Sports Betting To The City, One Man Is Hellbent On Stopping It 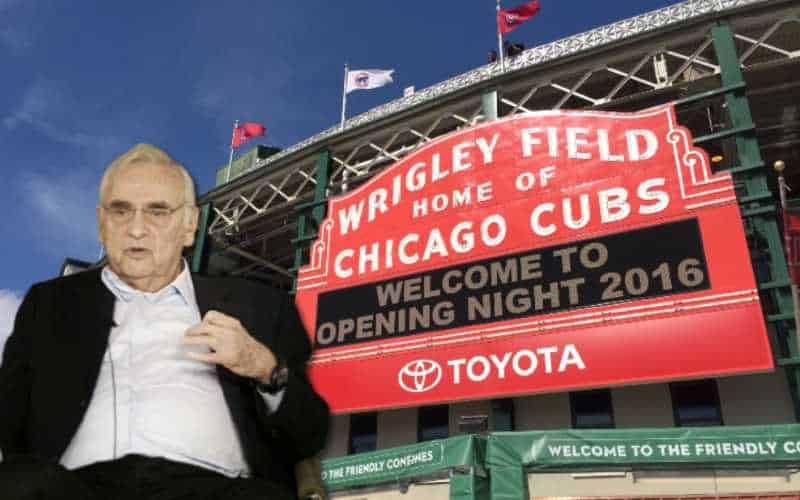 City officials are looking to lift the ban on Chicago sports betting but not everyone is on board for such a deal. This move accompanies Governor J.B. Pritzker’s 2019 gambling expansion for more casinos in Illinois.

Details Of The Ordinance

Alderman Walter Burnett is the chief sponsor for the Chicago sports betting ordinance. While the rest of the state has reaped the benefits of domestic betting services, Illinois’ most populated city has been left out of the fun and the funds.

The ordinance stands to bring sports betting to the United Center and Wrigley Field. The stadiums would be allowed to host betting operations via in-person kiosks.

However, some of the city’s potential casino candidates feel that sports betting would harm future business. Neil Bluhm of Rush Street Gaming has been especially vocal on the matter.

Bluhm already operates a casino in the state, the Rivers Casino in Des Plaine. Because his casino has been reaping the benefits of restricted betting in the state, he fears that another gambling expansion would create too much competition.

Bluhm Says No To Sports Betting

Rush Street Interactive has now teamed up with a crew of high-power lobbyists to stop and/or delay the passage of the sports betting legislation.

However, the casino giant’s argument doesn’t fully hold up. He said that earnings from games such as slots or roulette would be sliced by sports betting.

“The bottom line is that less people will come to the Chicago casino when they can bet on sports at the stadiums, particularly at these really good, close locations [at Wrigley Field and the United Center]. That means that less sports bettors will walk around the casino and play slots and table games and less people go to the restaurants at the casino if they can also be betting sports at the same time at the stadium.”

But betting revenues often do not translate to gambling revenues. Frankly, most of the legislation for legal sports betting states include provisions that explicitly describe the two as separate entities.

Even so, logic may not be the key point of action here. Neil Bluhm has connections that run deep across the state.

The Bluhm family has donated over $200,000 to Chicago Mayor Lori Lightfoot’s election campaigns. The Mayor would have to defy one of her biggest campaign contributors to rule in favor of stadium-based betting.

Hearings on the matter just recently began, so it will be a while before the city comes to a conclusion on the fate of sports betting.

In the meantime, Chicago bettors can still wager in the city using offshore betting sites.