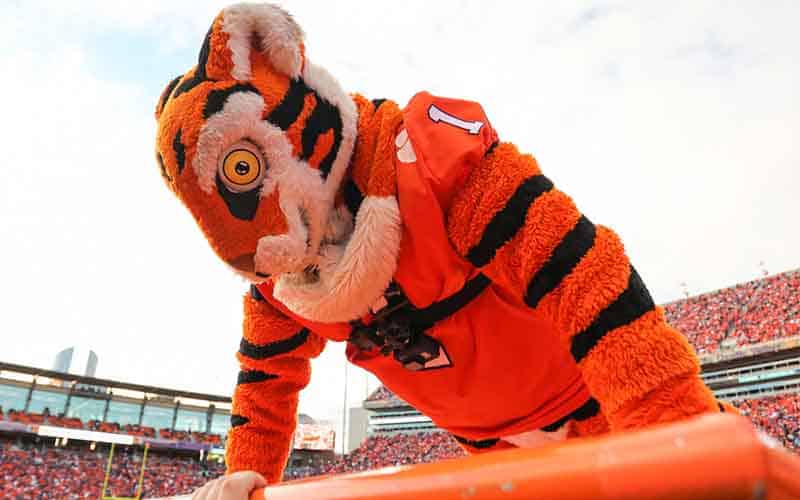 The National Championship picture in college football has lost some of its clarity as two programs that were poised to make it to the CFP suffered losses that have seemingly ousted them from contention.

The Clemson Tigers lost to the Notre Dame Fighting Irish by a final score of 35-14, removing them from the ranks of the unbeaten.

The Alabama Crimson Tide, who had already suffered a loss to the Tennessee Volunteers, dropped their second game to the LSU Tigers this past weekend in overtime.

The odds posted at CFP betting sites and the top-ranked teams now look much different than they did last Friday.

The same can be said for the latest batch of rankings issued forth by the College Football Playoffs Selection Committee.

The Tennessee Volunteers lost their epic SEC showdown over the weekend to the Georgia Bulldogs, but they still have a solid chance of making it to the CFP because they are in the same conference division as UGA.

Because of this, Georgia will move on to the SEC Championship Game, where they will most likely face the now 7th-ranked LSU Tigers. That means the Volunteers, if they win out, will be left with only one loss to the number one team in the nation, a status that should certainly qualify them for the College Football Playoffs.

The waters will get murkier if LSU ends up winning the SEC, creating a situation where the conference champion has two losses and contains two other one-loss teams.

The TCU Horned Frogs remain undefeated and are now ranked fourth overall after this past weekend’s shakeup. However, online college football sportsbooks are projecting them as the sixth most likely team to win the 2022 CFP National Championship, with less probable odds than the Oregon Ducks.

The third-ranked Michigan Wolverines and the #2 Ohio State Buckeyes of the Big Ten will play each other on November 26th – rivalry weekend in college football.

College Football Playoff National Championship sportsbook sites have yet to produce any Michigan vs. Ohio State betting lines, but it can be assumed that the Buckeyes will be favored for two reasons – their position in the current CFP futures and the fact that the game is being played at Ohio Stadium.

Most betting assumptions are based on the NCAAF National Championship futures, but the below college football prop bet only deals with each program’s odds of making it to the CFP bracket.

Three of the top four teams feature moneyline odds in the negative. Tennessee looks to have a strong chance of making it to the playoffs as long as they can win out their remaining games against Missouri, South Carolina, and Vanderbilt.

There is also still a chance that both Michigan and Ohio State could be included in the CFP bracket, but that will depend on how the final weeks of the season play out.