Cardano Treads Water As Crypto Takes Off On Another Bull Run 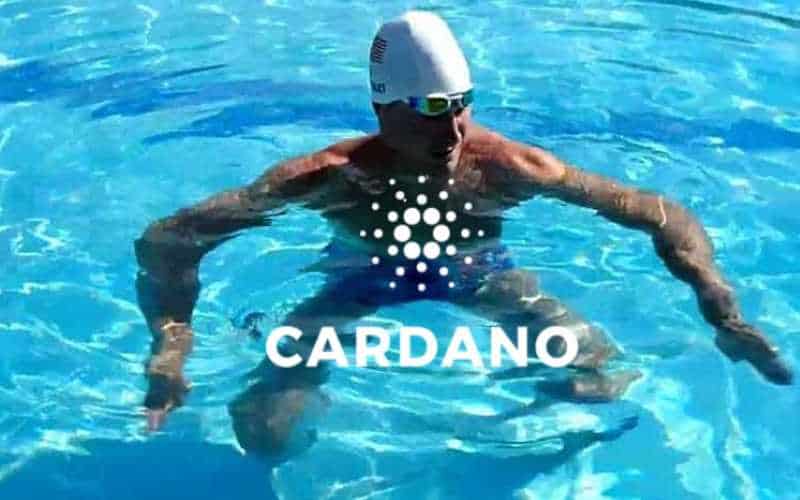 Here at SBL, we’re pretty big on Cardano (ADA). That’s why we were so excited – and remain so excited – that several of the best online sportsbooks now support Cardano sports betting deposits and withdrawals.

However, we’re primarily ADA investors. We gamble with it, too, but we’re way more into the hodling/delegation aspect of the asset.

And that’s got us plenty frustrated in the here and now.

Usually, whenever Bitcoin approaches or eclipses its all-time high – which it did last week en route to a new ATH of $66,909.15 on October 20 – the rest of the market goes with it.

That means that many ADA holders, Ripple enthusiasts, Litecoin gambling fans, and similar altcoin enthusiasts were primed for a similar spike of their asset’s own.

For Cardano, though, that hasn’t happened.

Indeed, as ADA is largely viewed (albeit incorrectly) as an “Ethereum killer,” Ethereum gamblers are more bullish than ever on ETH.

Despite being slower and less scalable than Cardano – and despite the fact that the new Cardano Alonzo update is set to make the network faster, cheaper, and more efficient for all things NFTs, smart contracts, and DeFi – the ADA price hasn’t budged from its recent $2.10-$2.25 range.

Meanwhile, Ethereum has gone up substantially.

So, if you’ve bought Cardano recently – particularly if you bought it on our advice – you might be tempted to write ADA off and curse our names as you do so.

We’d advise against that first thing.

As for the second one, you can curse us all you want, because we’re confident any such enmity will be short-lived if you simply stay the course.

In other words, don’t give up on Cardano.

Right now, Cardano’s biggest competitor – in terms of overall utility and promise within the industry (and as regards its ability to push the industry more into the mainstream) – is Solana (SOL).

To be clear, for the sports bettor, Solana does you absolutely no good right now. ADA can actually be used for online sports betting banking, while no legal sportsbook currently supports SOL deposits and payouts.

But it’s still a tough pill to swallow to see a competitor – with comparatively little media hype – steal ADA’s thunder in such a resounding (if ultimately temporary) way.

Comparing the two year-over-year, the clear winner is SOL:

Outside of various longshots and shitcoins nobody ever heard of, Solana is the biggest mover on the top charts.

Of course, these things are impossible to time or predict with any real accuracy. Which, incidentally, leads us to this fun aside:

If you’re financially positioned for it, the best investment move you could ever make is to take all your money (provided you have enough of it) and put $10 on every single coin in the top 5000 per CoinMarketCap.

That would be a $50,000 investment, and various minimums and fees do make this an imperfect mathematical analysis.

But it’s good enough to get a rough estimate, so let’s see how that approach would have panned out using only the top 10 cryptos in terms of total percentage gain over the last month (ticker symbols and current rank by market cap in parentheses):

That’s our cutoff. We could go on down the list, but this is good enough.

Let’s even assume that all other assets you bought crashed to zero and account for a total loss of investment. That’s obviously not the case, so this estimate will be extremely conservative.

But here’s what you’d have gotten out of just the top 10 coins plucked from the totality of your above-described random investment merely 30 days ago:

Again, this is not a perfect representation of this strategy.

Some shitcoins are in such low supply that you can’t actually buy $10 worth, for example.

Another hurdle is having access to all the different exchange accounts that offer support to some of these unknown assets.

And finally, you’ve got to really be dedicated to hunting these down.

But it’s all doable, and it scales, too. You can invest $10 in the top 1000 coins and see remarkable monthly gains, though they’d be considerably smaller than the above.

This tack is much more reasonable, and it’s one that warrants further investigation.

Essentially, this exercise is merely instructional as an investment approach and as a way to prove that there’s absolutely no functional way to know which coins will pop off or when they’ll actually do so.

And once they claw their ways up the leaderboards, of course, they’ve already attracted enough attention to make this approach pay out less. Still, it’s worth keeping in mind.

But back to the main issue:

While Solana is currently the Big Altcoin on Campus™, it won’t always be.

So hodl onto your ADA and continue to buy the dip!