Can UFC 271 KO Super Bowl 56 At The Sportsbooks This Weekend? 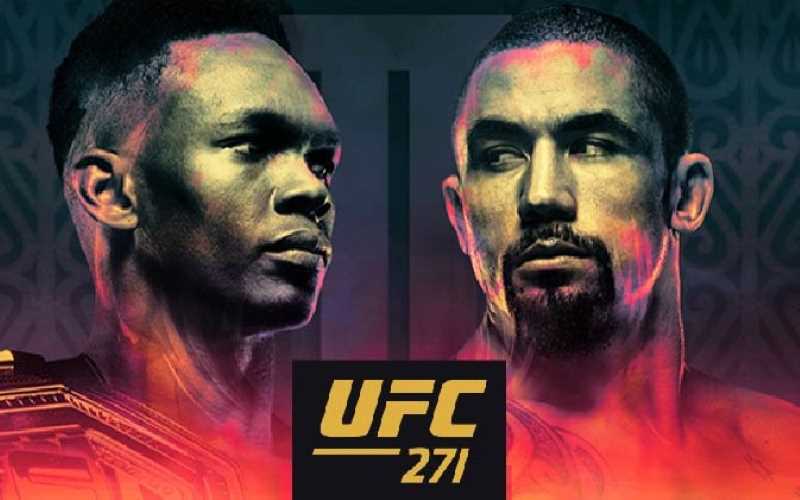 Super Bowl 56 is the biggest sporting event – and sports betting event – of the year. But it’s not the only game in town.

And because the UFC holds its flagship PPV events on Saturday nights, there’s never any competition – for them or for others. It’s a brilliant scheme, if you think about it.

At any rate, even as you prepare to lay it all on the line come Super Bowl LVI, you might want to earmark a part of your bankroll – small though it may be – for betting on UFC 271.

The bout will be the sequel to the two fighters’ first meeting in October 2019 at UFC 243.

In just two days, Whitaker will have the chance to take the belt back.

Of course, as with all UFC PPV events, there are other storylines to consider, too.

Similarly, the prelims matchup between flyweights Alex “No Nickname” Perez (24-6) and Matt “Danger” Schnell (15-5-0, 1 NC) had previously been scheduled for four separate cards, falling through for various undisclosed reasons each time.

For their fans, this contest was a long time coming.

To us here at SBL, one of the really interesting things about America’s recent wave of legalized domestic sports betting is that any mainstream news coverage – particularly media partner coverage or official marketing wank from the various sports leagues themselves – now includes betting lines for match previews as a matter of course.

What was once taboo is now an instrumental part of the sales package.

These odds are usually pulled from a commercial partner brand – i.e. the Westgate SuperBook or Caesars or FanDuel, etc. – and they’re usually a good indicator of more or less where all sportsbooks – including both domestic operators and legal offshore sports betting sites – will ballpark their odds.

But if you shop the lines, you’re still sure to find an edge.

For UFC 271, we’ll use the UFC’s own published odds for each fight on the main card (via DraftKings) – along with the odds from Bovada, BetOnline, and MyBookie – to show you how much the lines can differ from one operator to the next.

Editor’s Note: Israel Adesanya’s nickname is “The Last Stylebender.” Who’d have ever thought that a vicious MMA fighter would base his intimidating in-ring moniker on a Nickelodeon kid’s show.