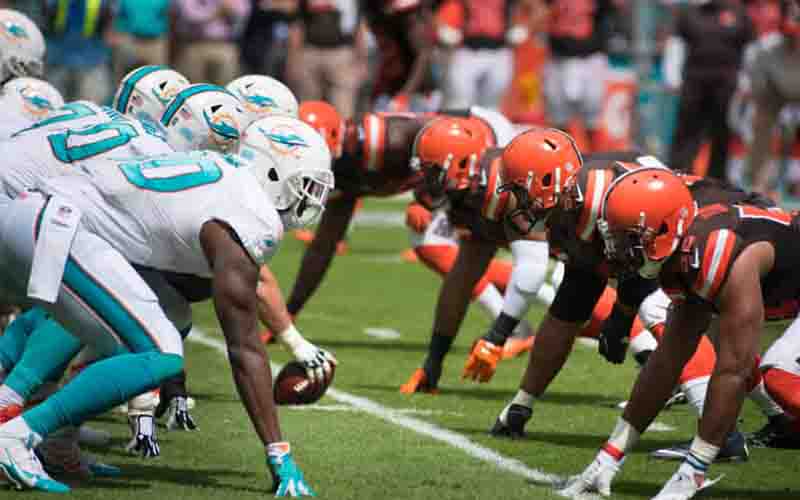 Nothing impacts betting on sports more than someone involved in the contest deliberately altering the outcome. This includes players shaving points, referees blowing calls, and coaches altering play calls to achieve the desired margin.

“Two years ago I tried to do this the right way, through the bylaws and constitution of the National Football League, to ask them to investigate the Cleveland Browns for all the allegations that I’ve made. So why open an investigation now?”

Coach Jackson was terminated midway into the 2018 season and originally made these tanking allegations with the NFL shortly after that time. Jackson then recanted the statement, but the National Football League’s investigator, Mary Jo White, is now digging deeper following a similar allegation being levied against the Miami Dolphins.

Former Dolphins Head Coach Brian Flores was let go after the 2021 season and filed a lawsuit against the league following his resulting job search that also included accusations against his former team. According to Flores, Dolphins owner Stephen Ross offered him a $100,000 bonus per loss in order to better their draft positioning for the following season.

Naturally, the league takes the altering of NFL outcomes very seriously. If White’s investigation reveals that either the Browns or Dolphins ownership deliberately tanked ballgames, the league’s owners have the ability to vote the offending owners out and force a sale of the franchise.

The deliberate tanking of pro football games not only greatly impacts the entire scope of NFL betting, but also damages the overall integrity of the game. One singular fraudulent element introduced into a professional football game has a wide-ranging effect that splashes doubt on the entire season, and in this case, the resulting draft order.

While it may seem harmless for a team with no hope of making the NFL Playoffs to drop an additional game or two at the end of the season, the franchises that gain the benefit of those victories can secure better seeding or distance themselves from their competitors as a result.

Futures odds for betting on the NFL Draft are also negatively impacted by tanking teams that secured their positioning through dishonest means.

If White’s team comes back with a verdict of guilty for either the Browns or Dolphins, termination of team ownership is appropriate. Just look at the win-loss records under Miami and Cleveland’s respective regimes.

Given both sets of ownership’s nearly lack of success, purposeful tanking by either should receive the ultimate punishment. Both have shown their inability to create a winning product on the football field, so any tampering with the legitimacy of the draft order should be dealt with in the most severe manner possible, reaching beyond the termination of ownership and including further sanctions.

Current NFL prop bets for this year’s draft project that University of Michigan defensive end Aidan Hutchison will be the first overall pick of the Jacksonville Jaguars when the festivities begin on April 28th.