Big Ten Betting: Can Anyone Challenge Michigan And Ohio State? 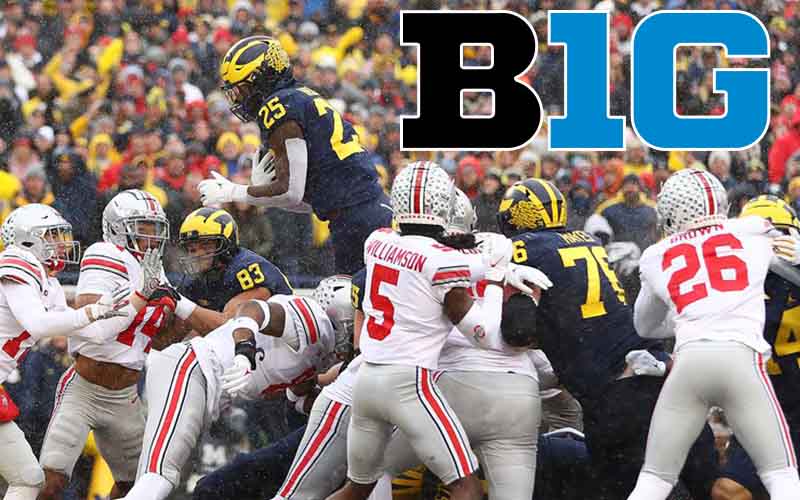 The Big Ten routinely places a program among one of the final four CFP bracket qualifiers that compete for a National Championship, and current projects and betting odds suggest it will happen again this postseason.

The Michigan Wolverines were able to win the Big Ten last season, losing to the eventual CFP Champions, the Georgia Bulldogs, in the Orange Bowl semifinal. Prior to last year, the Ohio State Buckeyes have been the pride of the Big Ten, winning the conference and earning a spot in the CFP in four out of the eight years it has been in existence.

The reason that CFP betting sites don’t often include both Michigan and Ohio State among the top four teams is that they not only belong to the same conference but they are also members of the Big Ten’s East Division.

Being in the same half of the conference means that OSU and Michigan can never meet in the Big Ten Championship game, so the title is often decided when the rivals play each other in the final game of the regular season.

Despite how close Michigan and Ohio State appear in the standings, online college football sportsbooks have the Buckeyes way ahead in the odds to win the Big Ten.

The Buckeyes are currently holding a commanding 760-point lead in the moneyline odds to win the Big Ten Championship Game, which will almost certainly equate to a CFP berth.

The odds for betting on the 2022-23 College Football National Champion now favor Ohio State to win it all this season, leapfrogging two powerhouse SEC programs, Georgia and Alabama, following their impressive 5-0 start.

However, the Associated Press and the NCAAF oddsmakers aren’t writing off the Wolverines just yet, as they are coming in no worse than fifth in the nation in both the odds and the rankings.

At noon on Saturday, Michigan will travel to face the Indiana Hoosiers, where they are favored by over three touchdowns on the road.

The Buckeyes are favored by nearly four touchdowns and are such a sure bet to win that online sportsbooks aren’t offering moneyline odds for winning teams in this betting line.

Gamblers that would like to lay some action on any of the above Big Ten college football betting odds can do so at Bovada Sportsbook.