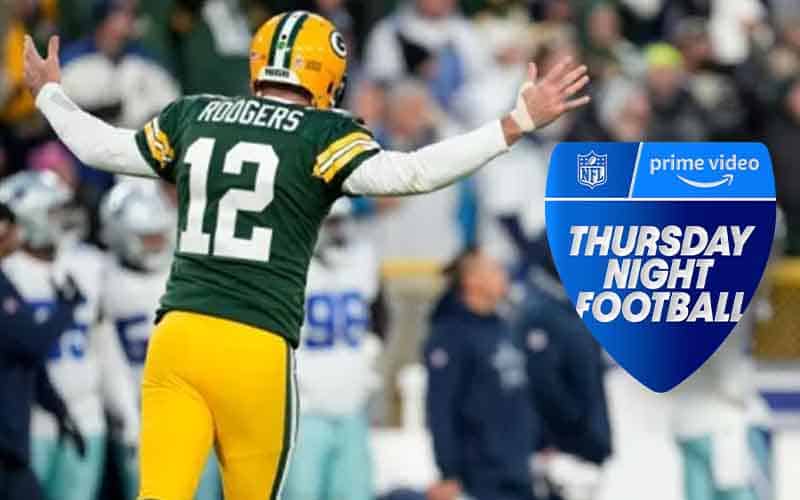 Thursday Night Football betting lines favor the Green Bay Packers to beat the Tennessee Titans by a field goal despite their struggles thus far in 2022-23.

The Green Bay Packers have been a top contender in the NFC for the past three seasons under head coach Matt LaFleur.

Matt LaFleur’s Record With The Packers

This year, the Packers have compiled a record of 4-6, placing them a distant second overall in the NFC North behind the Minnesota Vikings.

Green Bay was able to overcome a late 14-point deficit against the Dallas Cowboys last weekend, a victory that may have rescued their playoff hopes for this season.

Online NFL sportsbooks have posted TNF lines for tonight’s game for betting on the Packers, favoring them by 3 points at home against the Titans.

Should NFL betting sites be so confident in their projections for a Packers win? The Titans are leading the AFC South Division and are poised for a top-four seed in the NFL Playoffs.

One reason for the Titans’ poor projections could be due to several starters showing up on the injury reports, as Bud Dupree (linebacker), Ben Jones (center), and Amani Hooker (safety) will miss tonight’s game.

However, quarterback Ryan Tannehill and running back Derrick Henry are at full health, and represent the Titans’ two key components for victory.

Still, Tennessee has struggled to put away inferior opponents this season, narrowly escaping the Denver Broncos by a score of 17-10 last weekend.

The current odds for NFL Playoff betting also indicate signs of trouble for Tennessee. The Titans are the 7th ranked franchise in the AFC futures odds, even though they’re a near-certain top-four seed.

That designates the Titans as a sure-fire first-round NFL Playoff loser, no matter who their opponent is. This is the same Titans team that barely lost to the Kansas City Chiefs by three points with rookie Malik Willis under center.

The Titans’ moneyline odds to win are set at +155, and will payout at $1.55 for every dollar wagered on a Tennesse victory against the Packers.

For those that want to lay some action on a Packers win, Bovada is offering a moneyline of -175, which seems unusually favorable for a team that’s been struggling as Green Bay has.

For those that aren’t feeling comfortable on either side of the pregame lines, there’s always in-play betting that allows for action from the opening kickoff through the fourth quarter on the point spread, moneyline odds, and the over/under.