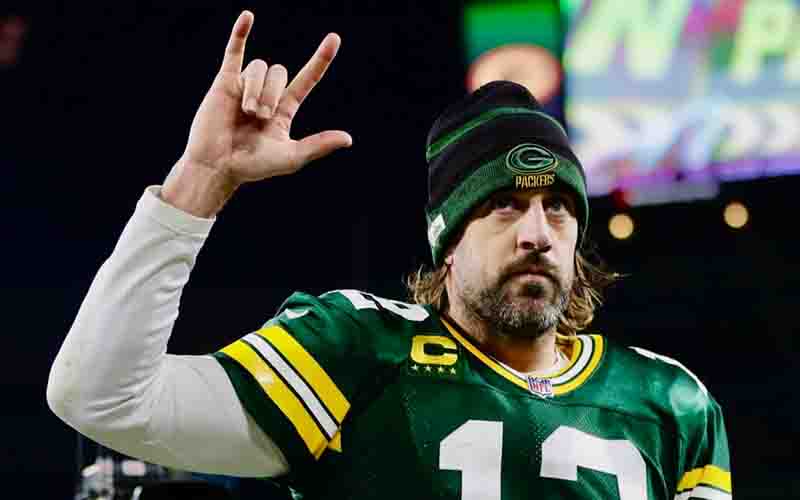 As another weekend of pro football action concludes, the Green Bay Packers continue to slip under the radar of Super Bowl prognosticators despite their continued high level of success that dates back to the 2019 NFL season.

When the bar has been set so high, it is easy for fans and oddsmakers to become complacent and opt to focus on hotter commodities like Patrick Mahomes and the explosive offense of the Kansas City Chiefs or the Tampa Bay Buccaneers and Tom Brady’s championship pedigree.

Since Coach LaFleur has taken the reigns of the Green Bay Packers, they’ve finished no worse than the NFC Championship Game, and he appears to have his team on that exact same path this season.

The latest NFL Playoff odds bracket grants Green Bay the number one overall seed and has them once again facing the Buccaneers for the NFC Title.

Of course, this year’s results could mirror last year’s, but eventually, LaFleur and company should be able to get over the hump and make it to a Super Bowl while Aaron Rodgers is still on the roster.

Green Bay does not make a habit of losing, and that trend has stretched back to LaFleur’s arrival in 2019. Remaining on the Packers schedule are the Baltimore Ravens, Cleveland Browns, Minnesota Vikings, and Detroit Lions.

Three out of four of those NFL teams are competing for a playoff spot, but the Packers will be favored against each of them and should be able to round out the season without dropping another game.

That will secure the Packers the top seed in the NFC which means they’ll have the only bye week, and that the road to Super Bowl 56 will travel through Lambeau Field.

The defensive unit of the Packers does not top the leaderboards for passing or rushing, but they rank sixth overall when combining both categories. The unfortunate aspect of their defensive performance is that when they decide to hold teams to a low total, the Packers fail to separate like they normally would.

Both Dillon and Jones are sharing the load in the offensive backfield of the Packers, and each commands respect when toting the rock. Dillon and Jones are both averaging an impressive 4.3 yards per carry, and they’ve proven that they can be leaned upon when passing lanes aren’t as open as Rodgers would like.

Evidence of their rushing prowess was on display when they were able to defeat the Arizona Cardinals earlier this season with much of their wide receiving corp out due to injury.

5. The Packers Are Due

The Packers have lost the last four NFC Championship Games that they’ve appeared in. While that level of futility does not match the efforts of the Buffalo Bills of the early 1990s, they’re getting close.

The major difference is that Aaron Rodgers has already won a Lombardi Trophy, so there’s no monkey that he needs to get off of his back. Green Bay is due, so considering laying some action on their odds at Super Bowl 56 betting sites now.