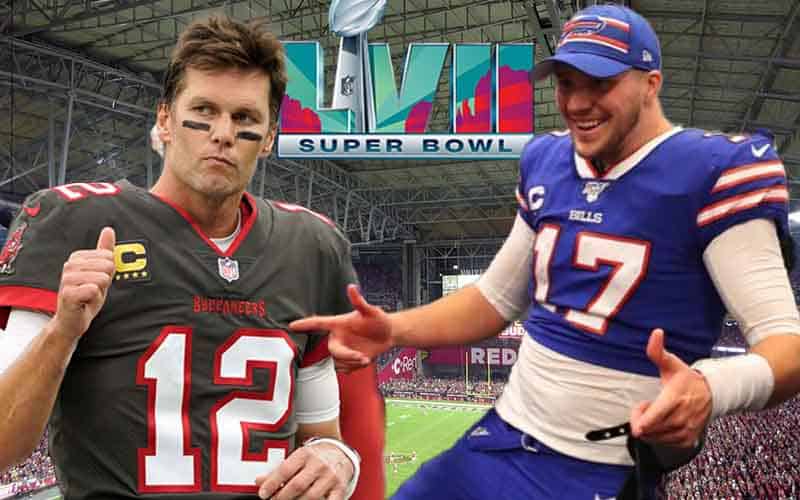 Early pro football lines have debuted at legal NFL betting sites that are taking action on games for Week 1 and 2, as well as futures for each division, conference, and the winner of Super Bowl LVII.

The current Super Bowl 57 futures suggest that the best teams in the AFC and NFC will be the Buffalo Bills and Tampa Bay Buccaneers, respectively.

An argument could be made that the Bills were better than the LA Rams last year, but they couldn’t get beyond the Kansas City Chiefs despite a historic effort by Buffalo and Josh Allen in the divisional round of the 2022 NFL Playoffs.

The above NFL odds feature the top 14 teams in the futures for Super Bowl betting, rounding out what could potentially be the franchises that populate the postseason seeds in 2022.

Of course, there’s a whole lot of football to be played between now and February 12, 2023, the date of Super Bowl 57, but online sports gamblers can get in on Week 1 or Week 2 NFL betting lines right now.

Due to the ongoing potential for COVID-19 to cancel NFL games outright, betting lines have only been available for the current week’s contests for the last two seasons, negating the ability for online gamblers to get in on any action occurring down the schedule.

That being said, the omicron variant of COVID-19 is currently raging across the United States with alarming infection rates, so gamblers that are interested in betting on NFL Teams and their early-season games should do so sooner than later.

In addition to posting odds for each game over the course of the NFL’s first two weeks of play in 2022, they’ve also provided game lines for the international contests that occur overseas and in other countries throughout the season.

On the above international games, be sure to watch out for the early 10:30 AM kickoff times on the east coast just in case you intend to lay some action on any games going down in the UK or Germany.

Below are the NFL betting odds for the 2022 regular season’s Most Valuable Player Award, which also features Buffalo Bills quarterback Josh Allen with a slight lead over Kansas City’s Patrick Mahomes.

The bad news for Allen is that an NFL MVP has not won the Super Bowl since 1999 when Kurt Warner did it with “the greatest show on turf,” the St. Louis Rams.

Can Allen or another NFL player buck that 23-year-old trend and become the regular season MVP and win the Super Bowl? Head over to one of the top online sportsbooks that we recommend here at SBL and pair up a parlay with both pro football wagers and see how high the payout potential climbs.