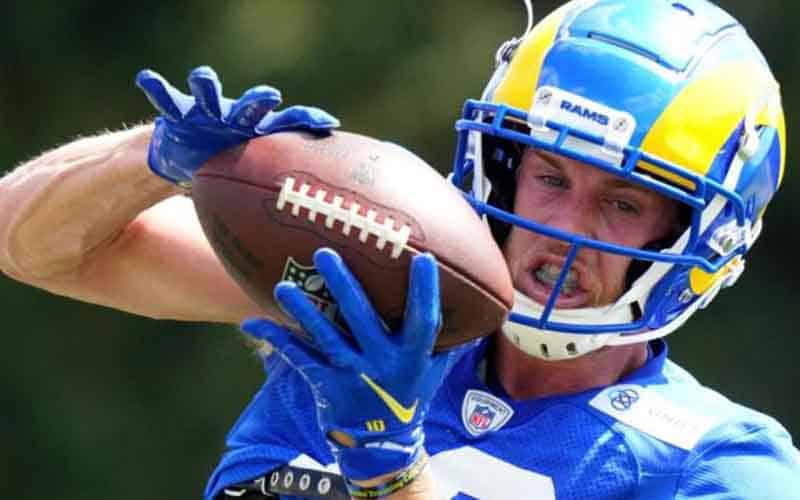 Just seven months ago at LA’s SoFi Stadium, the Los Angeles Rams were celebrating their Super Bowl LVI title. Now, the preseason has wrapped up, and the Buffalo Bills are coming to LA as the top odds-getter for betting on Super Bowl 57.

The LA Rams are returning with a similar squad to last year. Edge rusher Von Miller is now with the Bills, but they’ve added Bobby Wagner at middle linebacker.

The Rams are also without the services of WR Odell Beckham, Jr. LA signed Allen Robinson, who will now start alongside Cooper Kupp. While Robinson should serve as a legitimate option in Beckham’s absence, there are reports that the Rams are keeping the door open for Odell when he’s healed up from the knee injury he suffered in Super Bowl 56.

Below is the NFL betting line for the Rams and Bills this Thursday. We’ve included odds from four of our top legal NFL betting sites for comparison.

We always coach up our readers to shop the odds for the best sportsbook payouts, which is why we’ve illustrated the differentials in the above betting line.

While all four online sportsbooks are unified in their beliefs in regard to the point spread and over/under, the NFL moneylines reveal some variances that can be exploited for your financial gain.

If you are interested in betting on the Buffalo Bills to outright win the game, those wagers should be placed at MyBookie as they currently feature the lowest moneyline (-134 – $1.34 bets will win $1).

Anyone wanting to bet on the Los Angeles Rams to win this Thursday should do so at BetUS on their moneyline of +120 ($1 bets will earn net payouts of $1.20).

Combining the over/under and the point spread implies a final result of Buffalo 28, Los Angeles 25.

NFL prop bets are suggesting that LA’s Cam Akers will lead the game in rushing yards with an over/under of 44.5. This game has the makings of an aerial shootout. Check out what is being projected by the active NFL props on the board for Thursday’s game.

All of the above NFL propositions for stat totals feature over/under lines that allow bettors to wager on which side each player finishes on. There are also NFL prop builder apps at many of the online sportsbooks we recommend that allow for easy football parlays across the dozens of odds that are posted for each game.