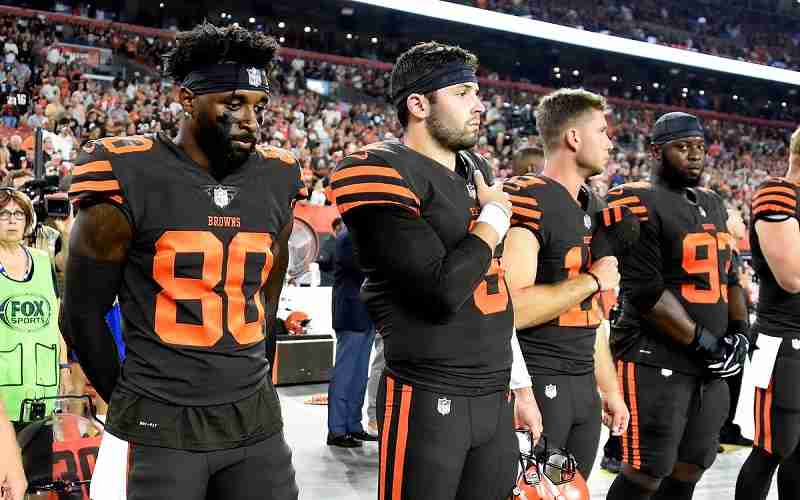 It has been a long time since the Cleveland Browns have qualified for the NFL Playoffs. 18 years, in fact. Children that were born in 2002 are now making plans for college and adulthood.

Let’s be real here. When Cleveland made the playoffs in 2002, it was a fluke. They won 9 games and snuck into the postseason, then promptly lost. The following season they regained their lousy form and went back into the basement for 18 years.

The 2019 NFL Season was supposed to represent a turnaround for the Browns, ending decades of pathetic results and finally gathering a roster of players that can convert Cleveland into a winner.

While having a talented core group of players on your roster is crucial for playoff and Super Bowl success, those competitors have to gel on the field and learn how to create a total that is greater than the sum of the team’s parts.

That didn’t happen, and Cleveland’s all-star lineup only managed to notch six victories into the win column, missing the playoffs once again. Still, the NFL betting odds during the 2020-21 preseason defied logic and predicted the Browns to be a winner, finishing in a wild card spot.

After dropping their opening contest to the Baltimore Ravens by a score of 38-6 and then narrowly escaping the Cincinnati Bengals in week 2, the 2020-21 season was entering familiar territory for Browns fans.

Things quickly got worse for Cleveland when their stud wide receiver, Odell Beckham, Jr., was lost for the season due to injury.

From that point on, the team galvanized and delivered on the promise of their NFL Playoff betting odds with an impressive 11-5 record that has earned them the #6 seed in the AFC.

Bovada has posted the following AFC Wild Card Weekend betting lines, and all signs currently point to the Browns making an early exit from the postseason.

Cleveland is likely riding high after last weekend’s victory over the Steelers rewarded them with a wild card spot in the AFC Playoffs, but Pittsburgh rested their top-starters and still nearly won the game.

This week should be different, and the top online NFL betting sites agree. Pittsburgh is favored to defend Heinz Field and send Cleveland home for the year by a margin of two field goals.

The Buffalo Bills are back in the NFL playoffs and are favored to win by a touchdown against the Indianapolis Colts on Saturday.

The NFL playoff picture odds predict that the Bills will reach the AFC Championship Game and face the Kansas City Chiefs, but they’ll have to get by a pesky Colts team first, led by journeyman QB Philip Rivers.

The Baltimore Ravens and Tennessee Titans game will be a real slobber-knocker as both teams feature robust defenses and running games. The difference could prove to be the arms of Tennessee’s Ryan Tannehill and Baltimore’s Lamar Jackson.

The 3-point spread that the Titans are favored by appears to be merely the common separator granted to the home team, indicating that this truly is an even matchup.

Check back tomorrow as we’ll be writing up a betting preview for the NFC Playoffs.