Which Crypto Coins Will Sportsbooks Accept Next, Part 2 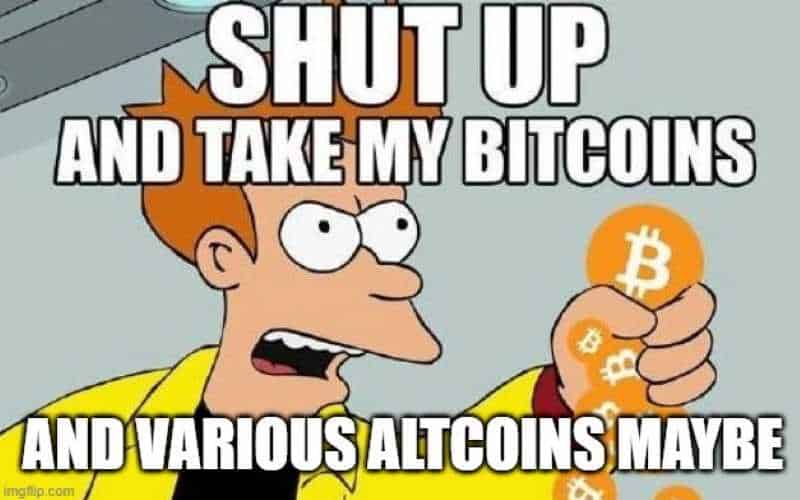 But sometimes, that coin lands on its edge, and the edge isn’t always a fun place to be. It’s stressful, it’s precarious, and it’s exhausting.

Of course, when you’ve been on (that) edge for the last several months – walking around and around hoping that the stars align and your portfolio claws itself out of the toilet like an outhouse rattler in Appalachia – you tend to get tunnel vision. You tend to go numb.

That’s where I’m at.

And if you’re anything like me, that’s where you are, too.

Bot honestly, there’s no reason to be all glass-half-empty on your crypto investments. Yes, the market’s down, but it seems to have reached its basement. Despite all the gridlock and fireworks over on Wall Street, the Information Superhighway is still running fairly smoothly.

That reality, in a way, can be exemplified in this way: All the best online sportsbooks still take the same slate of cryptos you’re used to.

Given that just a year or two ago, most legit sports betting sites actually subscribed to the annoying and inconvenient practice of suspending certain coins whenever they fell too far too fast, this is a positive development all its own.

In 2022, crypto is resilient enough that bookies – bookies! – stand by the stuff. That’s really saying something.

But a little while back – before the Terra Labs disaster that led to this whole market downturn thing in the first place – we ran a post attempting to predict the next big crypto coin(s) that online sportsbooks would support.

Yes, one of our top choices was LUNA. We’ll never live it down. But we also proposed a few other contenders.

*The original Terra LUNA has rebranded to Terra Classic, while the new Terra LUNA is a different project by the same morons who got taken for a ride and took everyone else down with them. Oddly, Terra Labs chose a plummeting fireball as the logo for its new Terra LUNA product. Seriously. Stay far away from anything these clowns touch.

As you can see, the price of every coin above is down substantially, excepting Dai (which is a stablecoin) and Tron, which has maintained its value reasonably well even during the crash.

(If you’ll recall, Tron has actually held steady all year, navigating the ups and downs of the last seven months of crypto tumult with virtually no change. All things considered, that alone inspires a lot of confidence in TRX.)

Interestingly, despite sharp drop-offs in value, the market caps for most coins – as represented by their crypto rankings – have stayed the course or even jumped up a few spots.

Ultimately, though, the landscape has shifted quite a bit since April, and the next cryptos to be accepted by the best betting sites have probably shifted, too.

These sites tend to think long and hard about which coins to support, and that consideration has likely been reset all the way back to zero for now. Nevertheless, we’ve put together a new list of new coins we could see at our favorite gambling sites someday.

The list comprises the 10 most prominent current cryptocurrencies that have demonstrated the most growth in market capitalization over the last seven days and which aren’t yet available at any leading online betting venue (as tracked by CoinMarketCap).

To be sure, most of them won’t ever show up in your online sportsbook banking menu, but a few of them probably will. And in some cases, they’ll do so sooner rather than later:

Now, whether or not any sportsbooks ever end up taking any of the above coins, it might be a good bet to invest in a few of them ASAP.

It probably goes without saying at this point, but we’d be remiss not to remind you that it’s a really good time to buy.