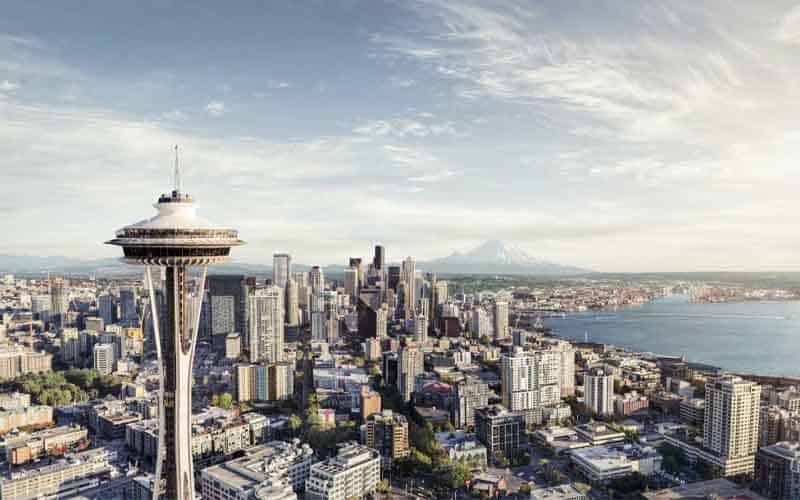 If you live in Washington state and want to bet on sports legally, lawmakers have made it clear they would rather have you travel to the nearest brick-and-mortar tribal casino during the coronavirus outbreak then allow you to place a wager on the Internet.

An emergency bill to legalize Washington state sports betting was passed by the Senate late Thursday night on a 34-15 vote.

The legislation—EHB 2638—would allow the state’s 29 Native American tribal casinos to accept wagers on professional and collegiate sporting events. However, all bets must be placed on tribe property, regardless of whether it’s in-person, online, or through mobile sports betting apps.

Gov. Jay Inslee, who briefly ran in the 2020 Democratic presidential race, will need to sign off on Washington’s sports betting bill before it can become law. The state’s legislative session ends on March 12, and the bill is expected to arrive on the governor’s desk sometime this spring.

However, the recent coronavirus outbreak in Washington and the state of emergency declared by Inslee may increase the odds of the governor vetoing the sports betting legislation.

As of March 6, the coronavirus has killed 16 people from more than 250 cases in the United States—15 deaths, and 79 known cases are from the Seattle area in Washington.

The Washington Department of Health is even advising people to stay inside and not to attend large gatherings if you show any signs of being sick. From the Washington DOH coronavirus preparation document:

“Do not attend large events, such as sporting events, conferences or other community events if you are sick, do not feel well or someone in your home is sick. Even if you aren’t sick, consider your risk of getting COVID-19 at the event before you go.”

Despite death from COVID-19 looming around every corner of Washington right now, lawmakers in both the upper and lower chamber of the legislature overwhelmingly support residents venturing out into public to bet on sports.

In fact, the support is so strong; they even amended the bill to label the passage of sports betting in Washington as an “emergency,” which has come under fire, with critics arguing the amendment was added for the sole purpose of using a loophole.

The goal? To make sure the sports betting bill doesn’t go to a state-wide ballot referendum, where 60% of voters would be required to expand gambling.

Before passing in the House last month, lawmakers added an emergency provision, which stated: “This act is necessary for the immediate preservation of the public peace, health, or safety, or support of the state government and its existing public institutions, and takes effect immediately.”

Eric Persson, CEO of Nevada-based Maverick Gaming, told the Seattle Times that his company plans to spend tens of millions of dollars to stop the “manufactured emergency” bill from becoming law.

“On behalf of our 2,200 employees and their families who live and work here in Washington State, we are profoundly disappointed that the State Senate has approved a tax-free monopoly for sports betting in Tribal casinos that is also tied to a manufactured ’emergency’ to prevent a public vote,” said Persson, who’s bought 19 of 44 card rooms from around the state over the past year.

“There is a win for all licensed gaming establishments that helps both Tribal and non-Tribal communities and lawmakers have decided not to pursue it, giving up millions of dollars in tax revenue that could support local and state priorities,” Persson added.

After the House passed the bill, Maverick Gaming issued a legal opinion from former state Senator and Washington Supreme Court Justice Philip A. Talmadge that stated there was no basis for lawmakers to use the “emergency clause” in regards to sports betting.

There is an approximately zero percent chance of dying at reputable online sportsbooks, and at the time of writing, there are no known deaths on record.

The same can’t be said for the Evergreen State, and if Inslee signs Washington’s sports betting bill, you can bet the risk of catching the coronavirus will go up exponentially.

If lawmakers genuinely are this hellbent on forcing taxpayers to physically travel and interact with other people at brick-and-mortar casino establishments just to place a wager on sports—while simultaneously venturing out against the DOH’s coronavirus prevention recommendations—then the only “emergency bill” that needs to be passed is one that calls into question the sanity of Washington’s elected officials.

Whether Washington joins the list of legal sports betting states remains unclear at the moment.

But if the sports betting legislation is signed into law during the on-going coronavirus outbreak, Washingtonians will need to ask themselves whether placing a wager is worth losing money—and potentially even worth losing their life.