Trump favored as Time’s Person of the Year 2019, could repeat 2016 designation 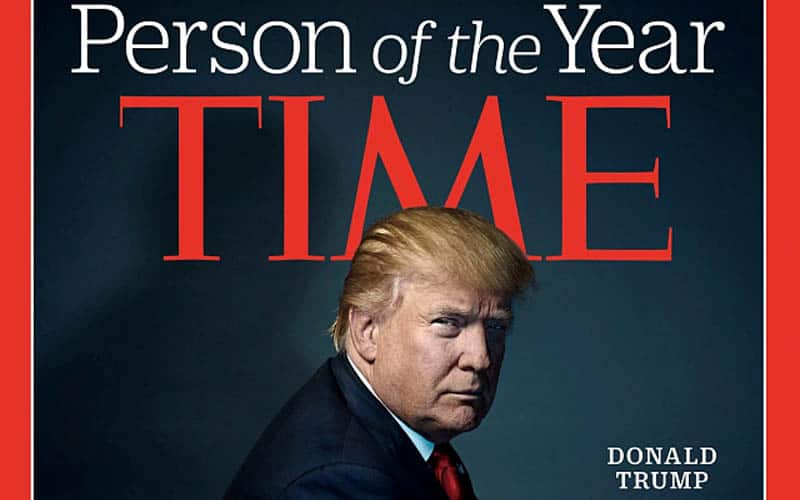 Mahatma Gandhi and Adolf Hitler never had much in common during their lifetimes. That is, except for the fact that both were once Person of the Year for Time.

The Person of the Year award, known as the Man or Woman of the Year until 1999, began in 1927 when Time editors wanted to accent the year’s most noteworthy newsmakers.

It was also an attempt to rectify a large goof: not having Charles Lindbergh and his trans-Atlantic flight featured on the periodical’s cover. As a result, Lindbergh became the first Person of the Year for Time.

From then on, the magazine has selected some of modern history’s biggest names for each year’s issue. Time has even awarded special designations, such as Winston Churchill’s “Man of the Half-Century” in 1949 and Albert Einstein’s “Person of the Century” in 1999.

While anyone can win the award– including the liked of Joseph Stalin and the computer– some of the most common picks are United States Presidents.

Since the award’s late-1920s inception, every POTUS has been given POTY status except for Calvin Coolidge, Herbert Hoover, and Gerald Ford.

In 2016, the freshly-elected Donald Trump graced the Time cover as the Person of the Year. Now in 2019, the odds say he will do it again.

According to the oddsmakers at BetOnline, the 45th has +350 odds of earning his second POTY designation, which would make Trump the eighth President to do it multiple times.

Even with these favorable entertainment betting odds, Trump is not a lock. The Commander in Chief even tweeted in 2017 that Time called to say he would be their Person of the Year for the second consecutive time before he had to pass.

Time Magazine called to say that I was PROBABLY going to be named “Man (Person) of the Year,” like last year, but I would have to agree to an interview and a major photo shoot. I said probably is no good and took a pass. Thanks anyway!

Nipping at the President’s heels is United Kingdom Prime Minister Boris Johnson at +400 followed by the cast and crew of Game of Thrones at +500.

Time’s Person of the Year parameters dictates that a person has had great influence over the last 12 months, “for better or for worse.” Regardless of political affiliation, Trump’s high-profile interactions have influenced a great deal in 2019.

Eclipsing his Twitter antics and exchanges with other world leaders, Trump’s impeachment proceedings have ruled the airways in America recently. Just two weeks ago, Trump’s odds of getting impeached were as high as -275.

As of right now, there are no prop bets concerning the odds of Trump calling Time “fake news” if he’s not selected again.