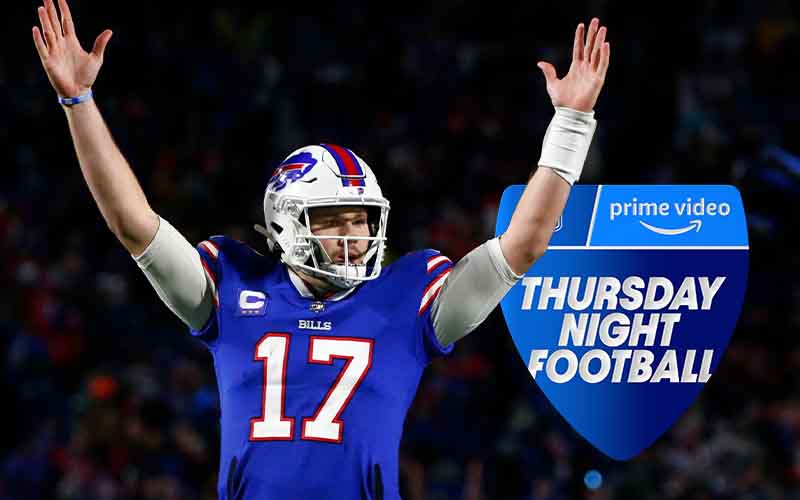 Tonight at 8:15 PM, NFL betting commences for Week 13 with a battle of two AFC East juggernauts that are poised for the postseason. The Buffalo Bills are 8-3 and looking to keep pace with the division-leading Miami Dolphins, while the New England Patriots find themselves just outside the top playoff qualifiers in the AFC, holding the number 8 spot.

The Bills survived a 28-25 scare on Thanksgiving Day against the Detroit Lions, scoring a game-winning field goal in the closing seconds. Those that partook in betting on the Buffalo Bills and their -9.5 point spread were not happy with the Thanksgiving NFL results, but their margin of -3.5 against New England tonight looks much more appetizing.

A Buffalo victory would put pressure on the Dolphins to win their game against the San Francisco 49ers this Sunday, but the Bills still have one more game to go against Miami in 2022-23.

A New England loss would drop them to 6-6 overall and further out of the playoff hunt heading into the home stretch of the season.

Pro football gamblers looking for more exotic options for betting on the Patriots and Bills should check out some of the TNF props that are on the board right now.

Here are some examples of NFL prop bets that are being offered for Thursday Night Football, which can also be used to project player performance expectations.

Based on the above NFL prop bets, we can assume the following stat lines for quarterbacks Josh Allen (Buffalo) and Mac Jones (New England):

The New York Jets are also keeping pace with the division, although they suffered a heartbreaking 10-7 loss to the Patriots on November 20th.

Still, the Jets hold wins over the Dolphins and Bills this season and are very much alive for the AFC East championship as well as a wild-card playoff spot.

The Bills enter December, and New England tonight, without a division win in September, October or November. So far this season they’re 0-2 in the AFC East, with four division games left, starting tonight.

However, according to current NFL futures odds, it is a two-dog race for the AFC East, with the Bills in the lead despite them not winning a division game in 2022-23.

If you’d like to place a bet on some Thursday Night Football odds, but you’re just not certain where you want to lay your action, take advantage of in-game lines that allow for wagers to be placed on the point spread, over/under, and moneylines from the first through fourth quarters.

These in-play betting options also include the various props offered for TNF, so don’t rush that pregame wager if the odds don’t look appealing just yet. Live NFL betting odds can be found upon entry to any sportsbook site we recommend here at SBL after the game begins.