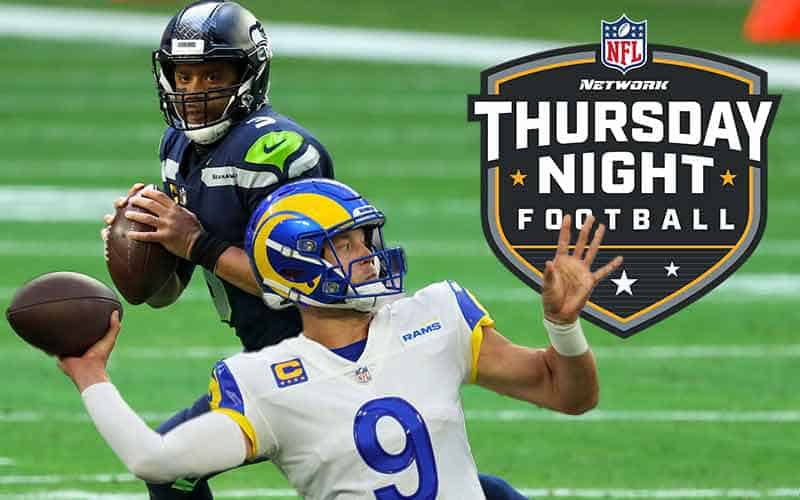 The Los Angeles Rams were the talk of the NFL after handing Tom Brady and the Tampa Bay Buccaneers a humiliating 34-24 Week 3 loss at SoFi Stadium, but what has LA and Matthew Stafford done for us lately?

After getting trounced by the Arizona Cardinals by a score of 37-20 in Week 4, the Rams now find themselves in second place in the AFC West Division, and traveling north to face a hungry Seattle Seahawks squad that is coming off of a clutch win against the San Francisco 49ers.

The odds have been posted at online NFL betting sites for tonight’s AFC West matchup, and lines are consistently favoring the Rams by roughly three points regardless of where you shop.

The following line has been provided by Bovada Sportsbook, and the moneyline odds are drawing very close to even.

This early-season test for the Rams against Seattle will reveal the makeup of LA quarterback Matthew Stafford and his ability to deal with diversity. Most athletes can handle success, but winning and championship expectations are new for Stafford and something he didn’t experience much of during his tenure with the Detroit Lions.

That lack of elite level of success is the only missing element of Stafford’s game, as the numbers have always been there for him when his health has been right.

The LA Rams remain in the fifth overall spot in the futures odds posted for the eventual winner at Super Bowl betting sites with a +900 moneyline. That places Los Angeles in the second overall spot in the National Football Conference, suggesting they’ll fall one game short of qualifying for Super Bowl 56, losing to Tampa Bay.

There’s plenty of online gamblers interested in betting on the Tampa Bay Buccaneers to win SB LVI, but do the Los Angeles Rams deserve at least a small hedge wager considering their profit potential?

Sure, they just laid an egg against the Cardinals last weekend, but they’ve already proven that they’ve got the moxie to take down last year’s champions. The Rams’ +900 NFL moneyline odds to win Super Bowl LVI will payout at 9-to-1, and if they can make it to the big game, it’ll be hosted in their home stadium.

The biggest question that remains for the Rams and Stafford will be answered tonight against the Seahawks. Do they have what it takes as a franchise to string together quality victories over the course of an entire NFL season?

Consistency – The Rams are hoping for a high level of it by adding Stafford to the roster in 2021-22, and Matthew hopes to establish it for the first time in his career.

Stafford and the Rams will prove a lot to fans and NFL oddsmakers alike if they can take down Seattle at Lumen Field, so tune in tonight on NBC and get your football bets in early.