Betting On The Match 6 – Odds Favor Rodgers, Brady Over Allen And Mahomes 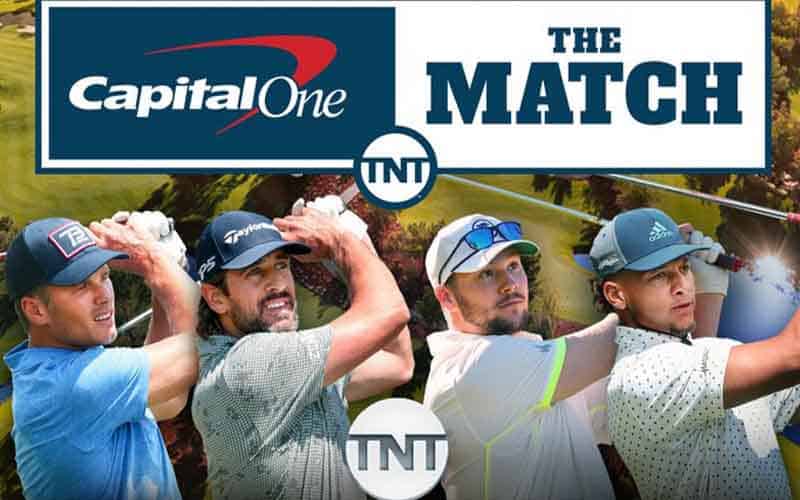 The month of June brings with it the onset of the NBA Finals, NHL Stanley Cup Finals, and now a third major sporting event is making its mark on the first part of the sixth month of the year.

The popular celebrity golf series, The Match, returns with its sixth incarnation, and this time, there are no pro golfers on the roster. The Match is typically a contest between two pairs of golfers made up of a PGA professional and a pro athlete from another sport.

The Match 6 begins on June 6th and will feature a 2 vs. 2 matchup of active NFL quarterbacks with all but one possessing a Super Bowl ring.

Tom Brady of the Tampa Bay Buccaneers and Aaron Rodgers of the Green Bay Packers will pair up to battle against the duo of the Kansas City Chiefs’ Patrick Mahomes and Josh Allen of the Buffalo Bills.

Celebrity golf betting sites have already rolled out odds for The Match 6 that favor the elder veteran NFL’ers by a large margin. See for yourselves.

The Match 6 Odds To Win

It appears that Brady and Rodgers’ swagger extends beyond the gridiron as their prowess at the golf course is exhibited by the above golf betting line.

The betting sites that top our list of online sportsbook reviews are suggesting via the moneyline odds above that Brady and Rodgers have a 69% chance of winning.

A wager of $2.20 will be required on Brady and Rodgers’ celebrity golf odds just to net a dollar on the pair winning.

With Tom Brady holding seven Super Bowl titles to his credit, the opportunities for other QBs to get their hands on one is sparse. That said, Aaron Rodgers and Patrick Mahomes each have earned a Lombardi Trophy, with Josh Allen knocking on the door each of the past few seasons.

In fact, as of this writing, all four The Match 6 participants are featured near the top of the futures odds for Super Bowl betting for the 2022-23 season.

All four quarterbacks competing in The Match 6 take up the top four spots in the Super Bowl 57 betting odds, each receiving a better chance of hoisting a Lombardi Trophy than the reigning champion LA Rams.

Even though The Match 6 takes place on June 1st at 6:30 PM on TNT and Super Bowl 57 doesn’t air until February 12th at 6:30 PM on FOX, both can be bet on at online sportsbooks right now.

The only difference is when they cash in, but when betting on sports, the earlier the better. Why? Higher odds can typically be secured the further in advance bets are made which translates to exponentially larger payouts.

Put simply, bet on Tom Brady, Aaron Rodgers, Patrick Mahomes, or Josh Allen right now before the oddsmakers get wise and shift the moneylines in their favor.