Is Shane McMahon Signing With AEW? Odds Point To Debut Of Keith Lee Or Karrion Kross 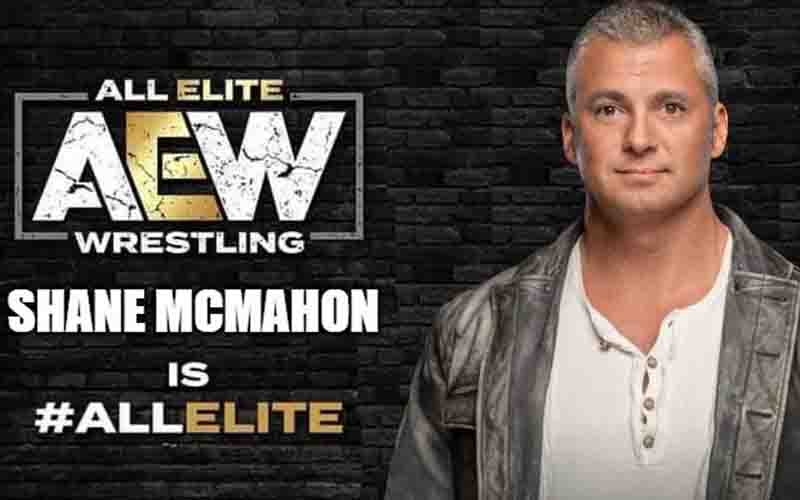 The battle between All-Elite Wrestling (AEW) and World Wrestling Entertainment (WWE) to become the number one promotion on the planet has entered the talent war phase as firings, releases, and free-agent signings seem to be occurring on a near-daily basis.

The following tweet was sent by AEW CEO Tony Khan on Saturday which indicates that a new performer will debut on their Wednesday night Dynamite broadcast on TBS and that they will be coming from a rival promotion.

The big announcement for Wednesday’s Dynamite that we referenced on #AEWRampage (a free agent debut) and the person walking through the Forbidden Door are one and the same. They’re walking in the door, signing a contract, and then slamming the door shut Wednesday on #AEWDynamite!

The announcement from Tony Khan has prompted pro wrestling betting sites to create the following prop asking which top star will debut on AEW Dynamite this Wednesday.

Shane McMahon, son of WWE owner Vince McMahon, is listed in last place with a +1500 moneyline because he was terminated following the promotion’s 2022 Royal Rumble event which occurred on January 29th.

Apparently, McMahon was in charge of putting the men’s Royal Rumble match together. Shane’s booking, which included inserting himself into the match as a participant, didn’t go over well backstage and resulted in his termination as a contracted performer.

It is unknown if Shane is still involved in the WWE, but if he ends up at AEW in just over 48 hours’ time, 15-to-1 net payouts can be earned by entertainment betting on McMahon’s odds.

Pro wrestling fans have taken to the internet and have posted the following meme which attempts to de-encrypt one of Khan’s tweets – see if you can crack the code below. 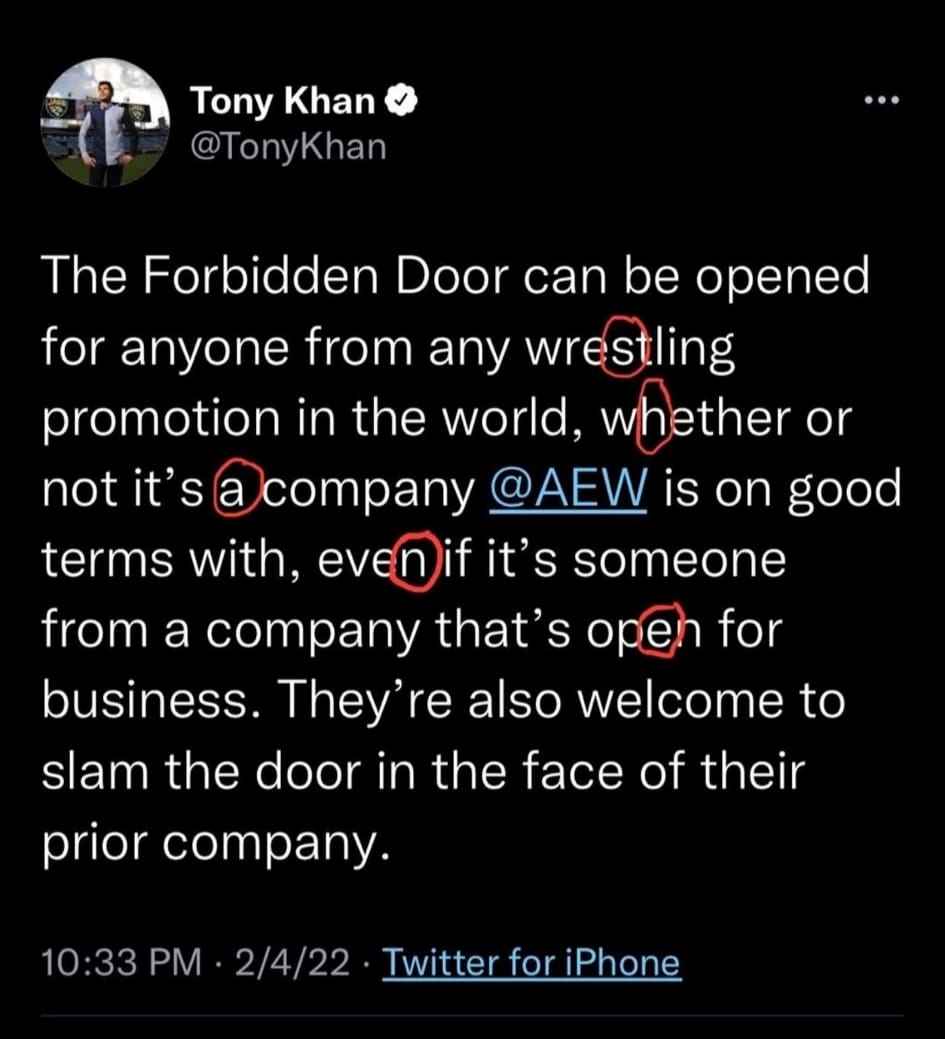 The above entertainment prop bet implies that recent WWE firees Keith Lee or Karrion Kross are the most likely wrestlers to debut on Dynamite. Both Lee and Kross were pushed heavily in WWE’s development promotion, NXT, but were deemed expendable once they hit the main roster.

Reports have already surfaced that Keith Lee has signed with AEW so that wouldn’t be much of a surprise. Pro wrestling bettors should expect a swerve, right?

No announcement regarding a Kross signing with AEW has been made, but he did wrestle in the main event for a promotion called Future Stars of Wrestling in Las Vegas on February 4th. Could that be a warmup match for this Wednesday?

Bets on Kross to debut in AEW will reward a net payout of $1.30 for each dollar wagered.

A dark horse in the wrestling betting odds is Jeff Hardy who was recently fired by the WWE. He is the brother of current AEW roster member Matt Hardy and would get a huge pop if he ends up walking out of the face tunnel on Dynamite instead of the presumed Keith Lee.

Dynamite’s ratings have been slipping since a promising start in January when the promotion’s flagship program moved from TNT to TBS, so perhaps Jeff Hardy could be the next great hope to increase viewership.

Regardless of which new AEW wrestler you intend to bet on, make up your minds quickly because the above odds will be removed either by Wednesday night or at the time of any information leaks that may spring up between now and then.