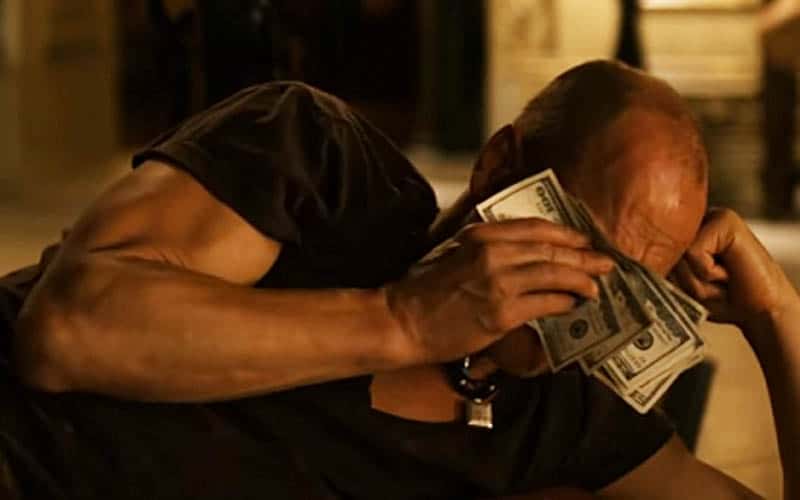 When it rains, it pours.

And for the major professional sports leagues in the United States—who see their dollar catchers overflowing each year—there’s never a moment that passes where more money can’t be milked.

Fortunately, they were left crying over a spilled opportunity to milk money again after the leagues’ most recent attempt failed—the latest in a series—on Wednesday during a hearing on the bill that aims to legalize sports betting in Ohio.

The Ohio House Finance Committee held two hearings this week on HB 194, a bill that would legalize sports betting and allow in-person, online, and mobile sportsbooks to operate in the Buckeye State.

At the start, the sports leagues looked primed to control the future of the state’s sports betting legislation after scoring an initial victory.

On Tuesday, the House committee voted in favor of amending the legislation to allow sports leagues to submit requests to the Ohio Lottery Commission (OLC) to restrict—or outright prohibit—specific types of wagers that can be placed on sporting events, such as prop bets or in-game betting.

“The bill, as written and through proposed amendments, gives sports governing bodies undue ability to influence the type of wagers that may be offered by sports gaming agents,” Dodd said in his testimony.

However, the small win for the sports leagues was short-lived because when Wednesday’s hearing rolled around, all attempts at integrity fees and official league data mandates were shot down by House members on the committee.

Andy Levinson—representative of the PGA Tour and puppet who also spoke on behalf of the NBA, NHL, and MLB—was paraded in to plead for more money for the multibillion-dollar sports leagues.

The NFL has decided to remain on the sidelines on the Ohio sports betting bill debate but wanted to let everyone know that they were there in spirit and supported adding official league data as a requirement.

Levinson praised the amendment that limits what a sportsbook offered but said the integrity of the sports leagues would be at-risk if the OH sportsbooks didn’t pay annual fees to license their precious integrity and fork over money for official league data.

“I can’t imagine allowing Ohio consumers to be cheated by sportsbooks who don’t use accurate data until those consumers figure out who the bad actors are and they go out of business,” Levinson cried, failing to realize that will be the responsibility of the state’s regulators—not the sports leagues.

Rep. Dave Greenspan—the bill’s co-sponsor along with Rep. Brigid Kelly—shattered the sports leagues’ money-grabbing attempt on Ohio’s sportsbooks when he asked Levinson if they would be willing to provide data to operators at no cost since protecting integrity was so important.

“We feel if these sportsbooks are going to be earning profits on the backs our product, then we should participate commercially in that,” squealed Levinson. “They’ve built an entire industry on the backs of our competition and our athletes, and in no way have they compensated the leagues in the past for that.”

Levinson—who’s representing the for-profit, non-profit tax-dodging PGA Tour as well as companies that made over a combined $30 billion last year—went on to say:

“So we do think it’s reasonable to charge for our product, a product that we invest heavily in building infrastructure to maintain, we invest significantly to operate each week. We feel it’s reasonable to require a license fee to use that information to help support the collection process.”

Rep. Jim Butler responded and said that if the sports leagues are that concerned with integrity and customers getting shortchanged, then they should provide data at no cost since more licensing fees can create additional barriers for smaller businesses looking to offer sports betting in the state—which could snowball into a monopoly.

Butler also added that providing data at no cost shouldn’t be an issue since the leagues stand to gain billions annually from more fan engagement following the federal repeal and the legalization of sports betting by more and more states, which is backed up by an American Gaming Association study from last year.

“We should be able to generate revenue based on our own product,” Levinson pleaded as tears began rolling down his face, staining the leagues’ never-ending pile of money.

“It’s not like this is the first time we’ve generated profit on the back of our … data. Or the MLB and NBA haven’t. They’ve licensed data feeds for media companies in the past and we should be able to profit on our own product. That seems like general capitalism to me.”

Butler, who’d had enough of Levinson’s games, clapped back: “That’s where capitalism and free markets end, is monopolies, and that’s why this is an issue.”

The House Finance Committee concluded the hearing by rejecting the idea of amending the sports betting bill to include integrity fees or an official league data mandate, and Levinson was reportedly seen leaving the room dotting his eyes with one-hundred-dollar bills (not confirmed, unfortunately).

After the hearing, Greenspan said it’s unlikely his sports betting legislation will see any further changes and believes the committee will approve the bill soon.

Greenspan added that he expected the bill to arrive on the House floor before the end of October or at the beginning of November, where it—if approved—will advance to the Senate.

The Senate has its own legislation—SB 111—where the only major difference is who’s established as the state’s governing body, with Greenspan’s bill favoring the OLC and the Senate’s proposal calling for the Ohio Casino Control Commission (OCCC) to regulate sports betting.

Gov. Mike DeWine is in favor of legalizing sports betting and stated earlier this year that he favors the OCCC as regulators but didn’t rule out signing legislation that authorizes the OLC for regulation.

While a timetable for sports betting legalization is difficult to pin down, it appears discussions in the Ohio General Assembly will carry over into 2020.

But with a lot of support to allow sportsbooks in Ohio—and growing competition from nearby states that have sports betting—it’s beginning to look like residents may get to place their bets before the start of the 2020 NFL season.