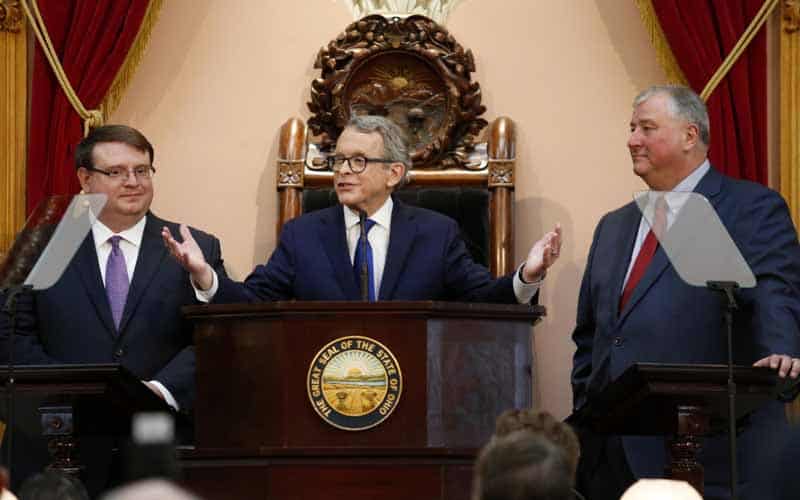 The battle over who will oversee legal sports betting in Ohio may have just been decided.

After recently introducing a bill to legalize sports betting, the Ohio General Assembly has held debates and hearing over who should license, regulate, and authorize sportsbooks in the state.

Ultimately, the decision — and signature, more importantly — will come from Ohio Governor Mike DeWine, and recently told lawmakers working closely on the legislation that he favors signing the proposal from the Senate rather than the House, according to the Columbus Dispatch.

The House bill — HB 194 — has had four hearing so far, two of which have come within the past week. In its current form, the House bill would give control over the expansion of gambling in the state to the Ohio Lottery Commission.

However, the Senate bill — SB 111 — would make the Ohio Casino Control Commission the governing body over sports betting in the state’s jurisdiction.

And after meeting with leaders of the commissions from both chambers, Gov. DeWine told them he favors signing the Senate bill that gives the power to regulate sports betting to the OCCC.

The governor reportedly did not elaborate on how he arrived at that decision, but a Gov. DeWitt spokesperson said he might provide further comments on the matter in the future.

A significant point to why this is a contested issue revolves around how much power the Lottery has currently as well as whether the OCCC even has the authority to conduct such matters under the state constitution.

In March, a bipartisan commission wrote a legal opinion that stated that, according to their interpretation, the Lottery “may be able to create and operate a sports betting lottery under Ohio law,” but only if the tax revenue generated from sports betting was to go to fund Ohio public education.

House Speaker Larry Householder said he believes this interpretation is correct and that the governor should not favor signing a bill that takes guaranteed sports betting tax revenue away from public education.

Sen. John Eklund, the Senate bill sponsor, said it would be harder to enact a law that makes the Lottery the governing body for sports betting in Ohio because both chambers would have to create new legislation so thousands of lottery vendors — which include every convenience store and bar in the state — could run a sportsbook.

And since the casinos and racinos already have the experience running a gambling business, Sen. Eklund argues that they would be the best choice to regulate the sportsbooks operating in the state.

“Regulating sports gaming through other agencies would require new, complicated government structures to do what the (OCCC) is already positioned to do,” Eklund said, adding that he believes there is nothing in the state constitution that prevents the OCCC from becoming the governing body over sports betting.

Even though the House and Senate will continue to debate the issue on who should regulate licensed sportsbooks in the state, the good news is that it seems like lawmakers are on board with the idea of legalizing sports betting in general.

And that’s a winning wager for Ohio residents, regardless of the legislative outcome.