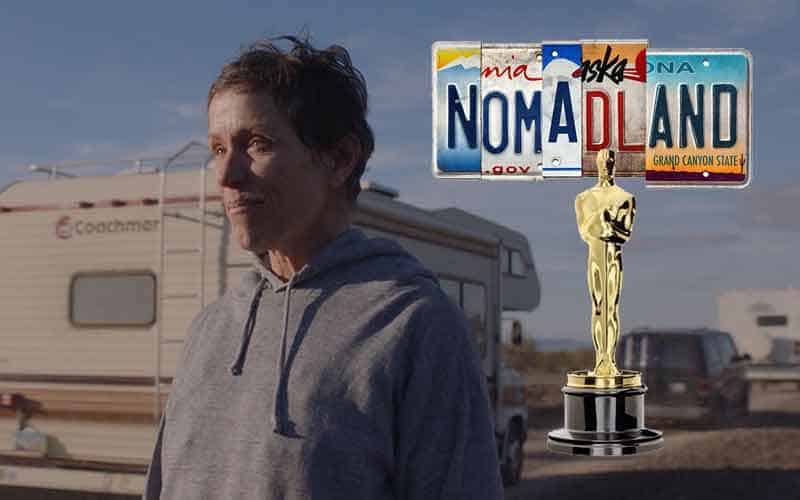 Frances McDormand stars in the 2020 film, Nomadland, where she plays a recent widower that decides to travel across the United States as a person without a home.

The film debuted in September of last year and won top honors at the Venice Film Festival and Toronto International Film Festival, and now it is favored at Academy Awards sportsbook sites to win the Oscar for Best Picture and Best Director.

While Nomadland is heavily favored in both categories, victory seems to be much more certain in the category of Best Director, as the separation in the money line between it and the next closet contender features a span of 3500 points.

If any non-favored film or director wins either of the above categories, bettors can earn cash winnings of at least 6X the amount they wagered.

The lead male actor of My Rainey’s Black Bottom, Chadwick Boseman, passed away in August of 2020 after a years’ long battle with colon cancer. Boseman is poised to win the Oscar posthumously and it will not be the first time that has occurred in the realm of legal entertainment betting.

Heath Ledger won the Academy Award for Best Supporting Actor for his performance as the Joker in 2008’s The Dark Night following his untimely death in January of that same year.

Boseman is separated from The Father’s Anthony Hopkins by a spread of 2750 points in the money line, and in order to win on his odds in the above entertainment prop bet, a wager of $2,000 would be required to clear $100.

The 2021 Academy Awards betting odds become much more competitive when considering the category of Best Actress, as none of the contenders for the Oscar include a negative money line.

Carey Mulligan and Viola Davis are running neck and neck, but do not sleep on the potential for Nomadland to sweep the 93rd Oscars this Sunday evening. Any of the top three options in the Best Actress betting odds have a legitimate shot of bagging an Academy Award.

McDormand has already won two Oscars for her performances in Fargo and Three Billboards Outside Ebbing, Missouri, but Viola Davis also has an Academy Award in her back pocket for her role in Fences, and that is likely the reason why oddsmakers have set the line so narrow.

Be sure to tune in Sunday night at 8 pm to watch the 93rd Academy Awards on ABC. Below are the remaining Oscar odds for the rest of the major categories.