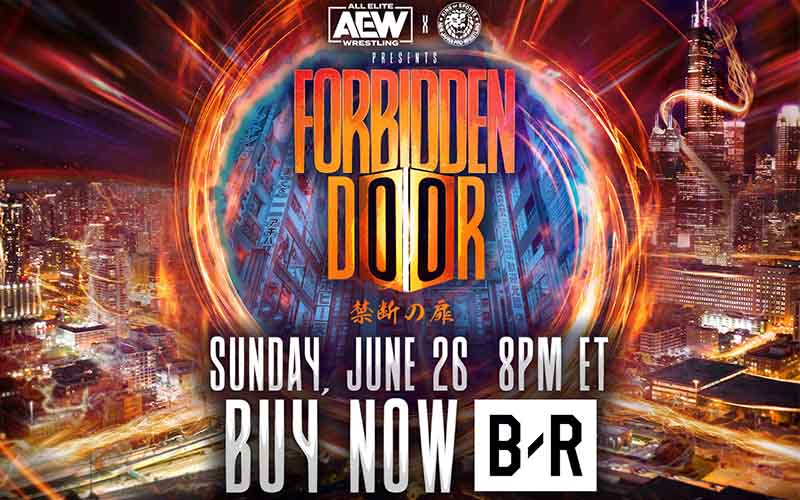 This weekend’s Forbidden Door wrestling pay-per-view event is a joint promotion between All-Elite Wrestling (AEW) and New Japan Pro Wrestling (NJPW) featuring some of the top talents from each organization on the card.

Prior to the onset of cable television and nationwide wrestling promotions in the 1980s, multi-company events were commonplace and certainly not “forbidden.”

These days, it’s all about being number one in the television ratings, ticket sales, and pay-per-view numbers, and that doesn’t leave much room for cooperation with rival promotions.

AEW’s Tony Khan is trying to buck that trend with his latest attempt at drawing open the beaded curtain this Sunday night when he pairs up with NJPW for their joint Forbidden Door PPV.

Forbidden Door odds are now posted at the world’s top pro wrestling betting sites, with nearly every match on the card covered.

Readers may notice that there are two sets of moneyline odds for each potential winner in the above betting line for the IWGP and ROH Tag Team Championship Belts. That’s because both BetOnline and MyBookie have posted Forbidden Door betting lines and we’ve included both options, in that order, so that wrestling gamblers can shop the odds for the best sportsbook payouts.

For instance, in the above betting line, MyBookie offers the best option for wagering on FTR to win, and BetOnline delivers the highest payout for a United Empire victory.

In what will likely be the most featured match of the evening, Jon Moxley is the heavy favorite to back up all the trash talk and defeat Hiroshi Tanahashi to become the Interim AEW World Heavyweight Champion.

If you think that Moxley will win, then lay your action at MyBookie and his -310 odds. If you think we’re in for a swerve this weekend and Tanahashi will become the interim champ, the best odds on him to do so are currently at BetOnline with +350.

Toni Storm enters this championship match scorching hot after a decisive win over Britt Baker on last week’s episode of Dynamite. Thunder Rosa is heavily favored to win in the above entertainment prop bet and retain her AEW Women’s Championship, with the most profit being offered up by MyBookie at the moment.

Although Orange Cassidy recently made a surprise return from injury and is now featured on the PPV card, he is not favored to contend with Will Ospreay according to both BetOnline and MyBookie.

The following two matches do not feature any variance in the odds between both pro wrestling sportsbooks.