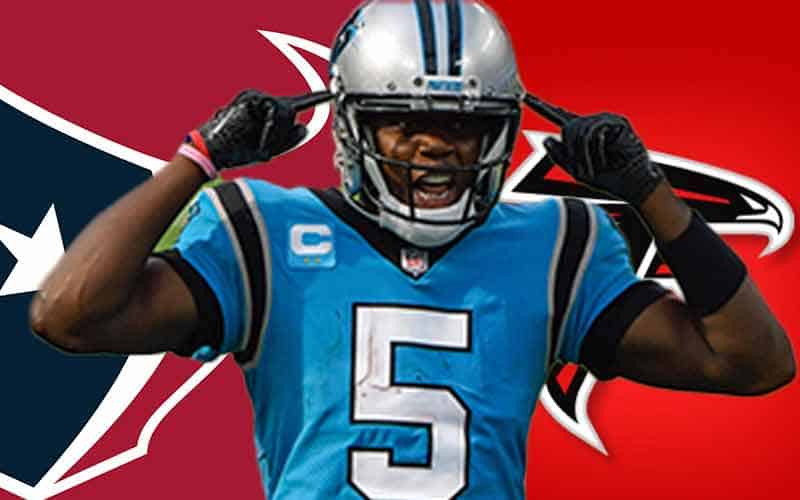 Following one season of Teddy Bridgewater operating as the starting quarterback in Carolina, the team has now traded three draft picks for Sam Darnold, a former first-round selection of the New York Jets.

Did the Carolina Panthers move on from Cam Newton too soon?

Many have been critical of Newton’s play last season for the New England Patriots, but considering the state of Carolina’s quarterback room at the moment, they may have been better off rolling the dice and seeing what Cam had left in the tank.

Below are the details of the trade of Sam Darnold from the New York Jets to the Carolina Panthers.

What The Panthers Received

What The Jets Received

Online NFL sportsbooks are now offering betting lines on what Teddy Bridgewater’s next NFL team will be. All signs currently point to Teddy remaining on the roster until at least the opening day of the 2021 season, but there are some other franchises listed among the options that could be a solid opportunity for him to step in and excel.

Of the choices in the above NFL prop bet, the most reasonable destination for Bridgewater is the Houston Texans. Their current starting quarterback, Deshaun Watson, is facing a litany of allegations of inappropriate sexual conduct, and there is a strong possibility that he has played his last snap in the league.

A wager of $100 on Teddy suiting up in a Texans uniform for Game 1 of the 2021 NFL Season will earn $450 on the above line if it occurs, although bets will not cash in until September.

That’s the trick of futures odds. In order to achieve the highest winnings for the lowest amount risked, bets need to be made well in advance.

Also, although an indication of Bridgewater’s next move in the NFL will likely be declared within the next few weeks, action will still not take place until September because the line is entirely based on his Week 1 status.

The San Francisco 49ers and Washington Football Team were reportedly interested in the services of Sam Darnold, but for some reason are not featured as a potential destination for Bridgewater.

After Houston, the Pittsburgh Steelers and the Atlanta Falcons make the most sense, as Teddy represents a younger stopgap that can step in for aging starters Ben Roethlisberger and Matt Ryan when they decide to retire, which should be any year now.

Bridgewater was already in a similar scenario when he played behind Drew Brees as a member of the New Orleans Saints, so it is strange that they are not listed as a potential landing spot in the above odds.

While we do advise getting your wagers placed as soon as possible, we don’t believe that the Carolina Panthers will make a decision on Bridgewater until after the NFL Draft at the end of April.

Of course, betting on the 2021 NFL Draft is already ongoing at the top online sportsbooks, and we expect more prop bets to appear as it draws closer.