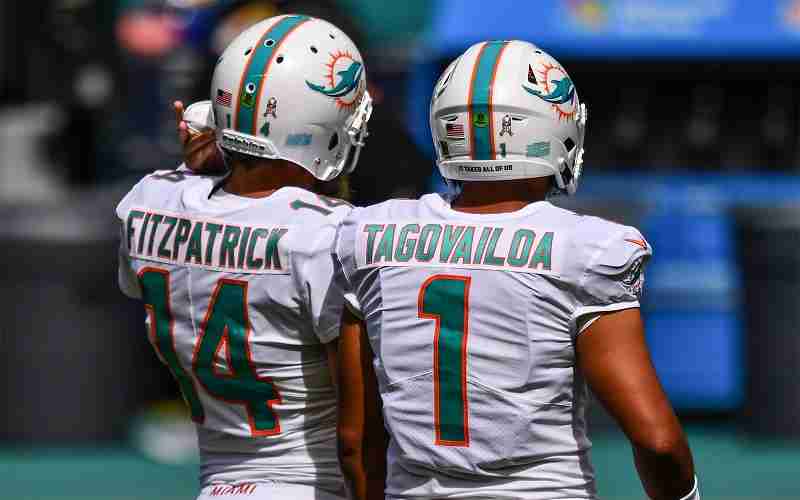 There’s only one more week to go in the 2020-21 NFL Season and half of the league’s 14 playoff positions have not been claimed, including two division titles.

The AFC South and the NFC East are still up for grabs, and although the NFL Playoff odds have held steady for a few weeks now, an unexpected underdog win this weekend will cause a seismic shift in the postseason seeding and could leave some potential Super Bowl 55 contenders on the outside looking in.

It is now a mathematical certainty that the 2020-21 NFC East champion will have a final win-loss record that is below .500. The Dallas Cowboys and the Washington Football Team are both 6-9, and each of them is favored to win their week 17 game.

If the Giants can manage to beat the Cowboys, and Washington falls to Philadelphia, then New York can claim the NFC East title with a record of 6-10.

New York and Washington are a mess right now, so it’d probably be best for the league if Dallas was able to make the playoffs, as they are finally gelling on offense after several weeks of Andy Dalton under center.

Despite Washington starting their fourth-string quarterback and releasing their 2019 first-round selection, Dwayne Haskins, they are still featured as the division winner in the NFL Playoff Picture odds bracket.

If the Tennessee Titans win against the Houston Texans, as the 7.5-point spread margin suggests, they will then earn the AFC North crown and the #4 seed in the AFC playoffs. If the Titans lose, that opens the door for the Indianapolis Colts to win the division if they can defeat the 1-14 Jacksonville Jaguars.

If the NFL betting lines on this weekend’s games play out as predicted, the Miami Dolphins will lose to the Buffalo Bills and miss the playoffs with a 10-6 record.

It was assumed that when the league added an additional wild card team in the AFC and NFC, 10-6 teams would never be left out of postseason inclusion.

It seems as if Miami is going to prove that theory incorrect in the very first run of a 14-team NFL Playoff bracket, but they can still qualify with a loss if the Cleveland Browns, Baltimore Ravens, or the Colts lose as well.

All three of these teams are predicted to win, so the Dolphins had better take care of the Bills this weekend and keep control of their own destiny.

Just two weeks ago, the Minnesota Vikings had a firm grip on the 7th seed in the NFC, but now they are eliminated from the playoffs. That spot now belongs to Mitch Trubisky and the Chicago Bears, and although they sport an 8-7 record, they can actually lose and still maintain their wild card status.

That’s because they’ve got the edge on the Arizona Cardinals and will make it over them if they finish with the same record. If the Bears beat the Green Bay Packers, they’re in, and they’ll deserve it. Green Bay is fighting to keep their #1 seed locked in and they will not be resting players or coasting.

The Cardinals don’t have it much easier as they are facing the Seattle Seahawks in a must-win game. If the Bears lose, which they likely will, Arizona can sneak back into the playoffs and reclaim their #7 spot with a win over Seattle.

The season closes with Washington vs. Philadelphia on Sunday Night Football, and all spots save for the NFC East winner will be sown up by then. The playoff picture will be certain following that game, but right now, it is clear as mud, and there are 11 teams in play for those precious final 7 spots.