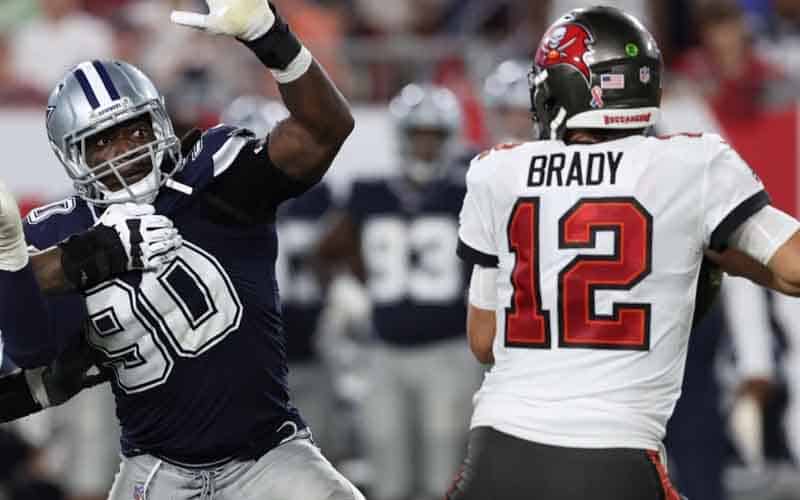 The NFL Playoffs begin tomorrow, setting off six postseason matchups for the 2023 Wild Card Weekend. While there are plenty of storylines to go around, none are more significant than the potential for Tom Brady’s final game in an NFL uniform.

Lines for NFL Playoff betting on all six games have been produced, and surprisingly, there are two home team underdogs this weekend – The Jacksonville Jaguars and Tampa Bay Buccaneers.

Jacksonville was able to win the AFC South Division and secure the 4th overall seed in the AFC with a final win-loss record of 9-8. The Chargers were expected to contend for the AFC West this season, but they struggled early on and had to play catchup to earn a playoff berth.

Los Angeles has possessed the ingredients for success on their roster for some time now. The only question is when their potential, in reality, will match their preseason expectations.

Are the Chargers poised for a Super Bowl run? Probably not, but they’ve got the talent to make it happen. They’re favored to beat the Jaguars by a point spread of -2.5, but should gamblers be concerned about the 38-10 beatdown that Jacksonville imposed on the Chargers in Week 3?

Heck, the Jags weren’t even gelling at that point, so think twice before laying some action on the Chargers to cover or even win.

If the above point spread for betting on the Dallas Cowboys vs. the Bucs holds true, this could be the last game that Tom Brady plays in a Tampa Bay uniform.

Historically, NFLers don’t play until they are 45 years old, but rumors are once again circulating that Brady could be interested in returning for another season in 2023-24.

During the offseason, former New Orleans Saints head coach Sean Payton and Tom Brady were rumored to be interested in joining the Miami Dolphins as a tandem.

With the Dolphins’ current uncertainty at the quarterback position, they could be legitimate players in the Tom Brady sweepstakes. Can you say, “Tom Brady to Tyreek Hill for a touchdown”?

No official Brady-to-Miami discussions can be held until the current season is complete, but is anyone brave enough to bet on the Buccaneers to beat the Cowboys?

While Tampa has had trouble putting inferior opponents away, Dallas has not been as explosive recently. Just last week, the Cowboys were embarrassed 26-8 by the Washinton Commanders, so keep that in mind when placing your NFL Playoff bets.