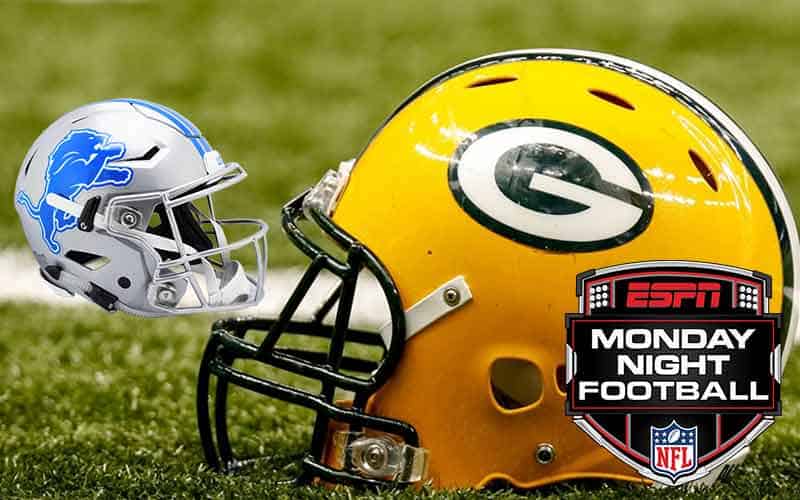 In Week 1 of NFL action, the Detroit Lions came through with one of the most improbable covers in recent memory by scoring two late touchdowns against the San Francisco 49ers.

The 14-point 4th quarter swing brought the Lion to within 8 points of the 49ers, covering the 8.5 spread, and delivering loads of revenue to domestic sportsbooks around the country.

Gamblers that bet on the Green Bay Packers to cover the 4.5 point spread against the New Orleans Saints in Week 1 are likely leery of wagering on them any further as they were blown out by a score of 38-3.

Regardless, oddsmakers are confident that Aaron Rodgers and the Packers will not only defend their home turf tonight at Lambeau Field, but they’ll blow the Lions’ doors off by at least 11 points.

We expect the Packers to be the victors in this evening’s Monday Night Football matchup, but with the margin being closer than 11-and-a-half points.

One major factor that is swaying the opinions of our staff is the fact that the Saints followed up their Week 1 beatdown of the Packers by getting whipped by the Carolina Panthers by a score of 26-7.

To add to the parity, the Panthers were barely able to get by the lowly New York Jets in Week 1, winning by a score of 19-14. All things considered, stock is slightly up on the Lions while the Packers’ outlook is somewhat grim at the moment.

That’s not what is reflected in the NFL odds, however, so get in on these potentially unrealistic and profitable MNF betting lines before bookmakers get wise.

For folks that like to bet on the Detroit Lions, how long they remain relevant in 2021-22 largely depends on the results of tonight’s contest. Otherwise, fans could be waiting until betting on Thanksgiving NFL games before wagering on Detroit again this season.

Combining the over/under totals and point spreads posted above creates a potential final score of Green Bay 29, Detroit 18, and we’ve got every reason to believe that the Lions can keep it closer than that.