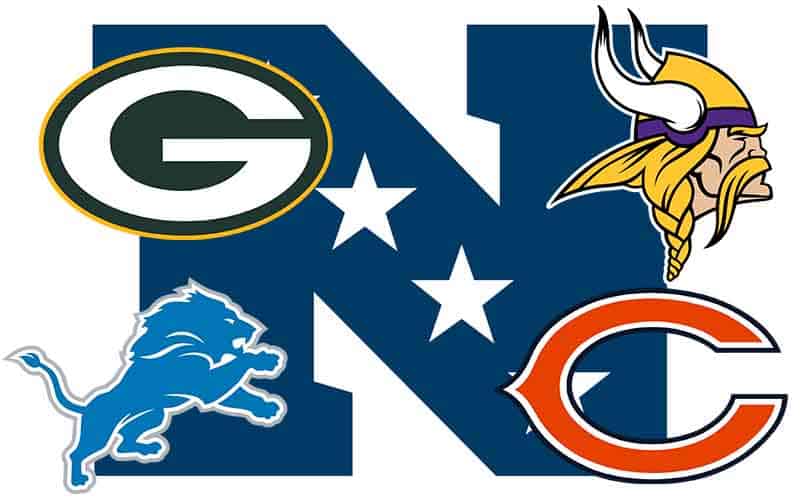 The NFC North has been won by the Green Bay Packers for the last three seasons, so it should come as no surprise that they sit atop the 2022-23 divisional futures.

In fact, the Packers have won the NFC North eight out of the past eleven years, but are they the smart bet this season?

The odds for betting on the Green Bay Packers currently suggest that they will win the NFC North for the fourth year in a row. Last year’s NFL MVP, Aaron Rodgers, returns to an offense that is now without star wide receiver Davante Adams.

Rodgers has made a career out of exploiting the talents of skilled players that were selected after the first round, so he should have no trouble adjusting to life after Adams. Look for the Pack to win the division with a few weeks remaining on the calendar.

The Minnesota Vikings have gotten their offensive band back together for one more tour to see if the “Cousins, Cook, Jefferson, and Thielen Experience” can get over the hump and win the division.

If you’re buying into a Vikings’ NFC North title this year, the best odds are currently at MyBookie (+280).

Under no circumstances should anyone bet on the Detroit Lions to win the NFC North in 2022. That said, they continue to provide opportunities for Thanksgiving Day NFL betting, and this year is no different with their matchup against the Buffalo Bills at 12:30 pm.

Coach Dan Campbell returns for his second campaign with the Lions, which currently project a third-place finish in the division. Unless Detroit significantly improves upon their 3-13-1 record from last season, this season could be Campbell’s last.

We don’t recommend placing a wager on these odds, but the best NFC North futures on the board for the Lions are posted at Bovada (+1000).

Coming in last for this year’s NFC North projections are the Chicago Bears, who enter year number two with Justin Fields under center. The sophomore QB has loads of potential but has no real standout receiving options to support him.

The best futures odds for the Chicago Bears at our top-tier NFL betting sites are presented at BetUS (+1600).

Which Division Will Win Super Bowl 57?

The odds of an NFC North team winning Super Bowl LVII do not look great at the moment, as the division is currently ranked 6th overall. The favored division is the AFC West, largely due to the quality of teams from top to bottom.

Online bettors that have a strong inclination as to which team will win the NFC North should place their wagers right now. Preseason NFL betting tends to deliver the most profit, so it pays to call your shot in advance. Good luck!