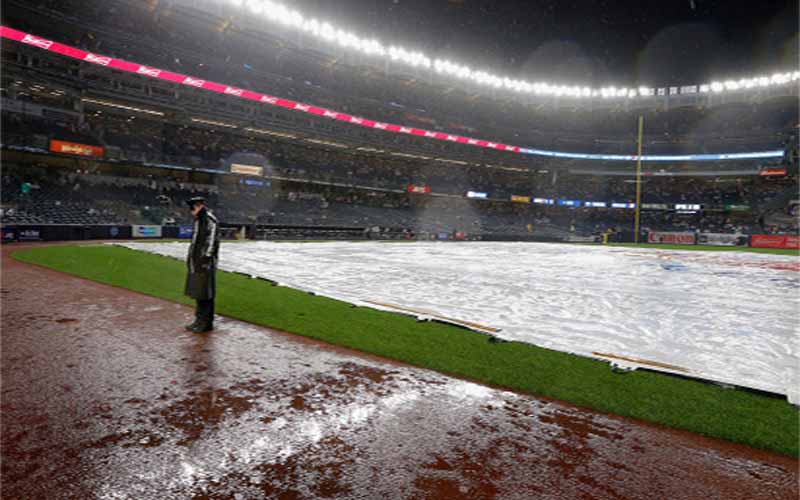 New Yorkers will have to wait another year to bet on sports from their smartphones.

The New York online and mobile sports betting bill S 17D failed to pass in the Assembly on Wednesday — the final day of the 2019 legislative session — after lawmakers were unable to agree on whether the legislation would violate the state constitution.

The session was extended for at least one more day, but the legalization of web and app-based sportsbooks operating inside state lines will not be among the bills discussed.

After easily passing 57-5 on the Senate floor and 16-3 in the Rules Committee on Monday, the legislation was swiftly referred to the Assembly Committee on Codes, and there was hope among the bill’s supporters in the upper chamber that it would pass before the session came to an end.

“We’re giving them a framework that includes everybody, we’re not recreating the wheel,” said bill sponsor Sen. Joe Addabbo on Monday. “I’m the eternal optimist. I still have two days.”

However, the bill stalled in the lower chamber after questions were raised by lawmakers on whether they needed to amend the state constitution before legalizing mobile gambling on sports.

As a preemptive step should the federal ban on sports betting be lifted in the future, New York enacted a law in 2013 to authorized four upstate casinos — del Lago Resort & Casino, Rivers Casino & Resort Schenectady, Resorts World Catskills, and Tioga Downs Casino Resort — and casinos operated by the Seneca Nation of Indians and other tribes to offer in-person sportsbooks.

The Supreme Court would repeal PASPA, the federal law that prohibited sports betting outside Nevada, in May 2018, paving the way for states to legalize and begin offering sportsbooks to residents and visitors.

New York Gov. Andrew Cuomo stated throughout 2019 he believes the current wording of the state constitution did not allow for online and mobile sports betting and said lawmakers would need to pass an amendment to prevent any potential legal challenges to the law in the future.

The odds of passage dimmed after it was reported earlier this week that Assembly Speaker Carl Heastie agreed with the governor’s interpretation and planned to not call for a vote on the legislation, killing any chance New York would offer online and mobile sportsbooks this year.

“I am disappointed. It was within our grasp,’’ Addabbo told the Buffalo News, adding that this was a missed opportunity to bring jobs and tax revenue generated from mobile sportsbooks to New York —  a perk New Jersey has enjoyed for the past year.

And while New York will launch sportsbooks at land-based commercial and tribal casinos later this year, the tax revenue generated by the state will likely be lackluster since the mobile wagering is clearly the preferred option by the public.

Online and mobile apps account for 80% of the tax revenue from the New Jersey sportsbooks, so if you want people to play in 2019, then it needs to on their smartphones, tablets, and computers.

As for what comes next, Addabbo said he would begin to craft a constitutional amendment to introduce next year that would legalize sports betting on personal electronic devices and perhaps go even further since the governor won’t be involved.

“Unfortunately for the governor, he’s not part of the constitutional process,” he said. “Now I get to draw up anything I like, in cooperation with the Assembly, so we can draw a much different, much broader bill.”

For now, the legalization of online and mobile sports betting in New York will have to wait until the 2020 legislative session.